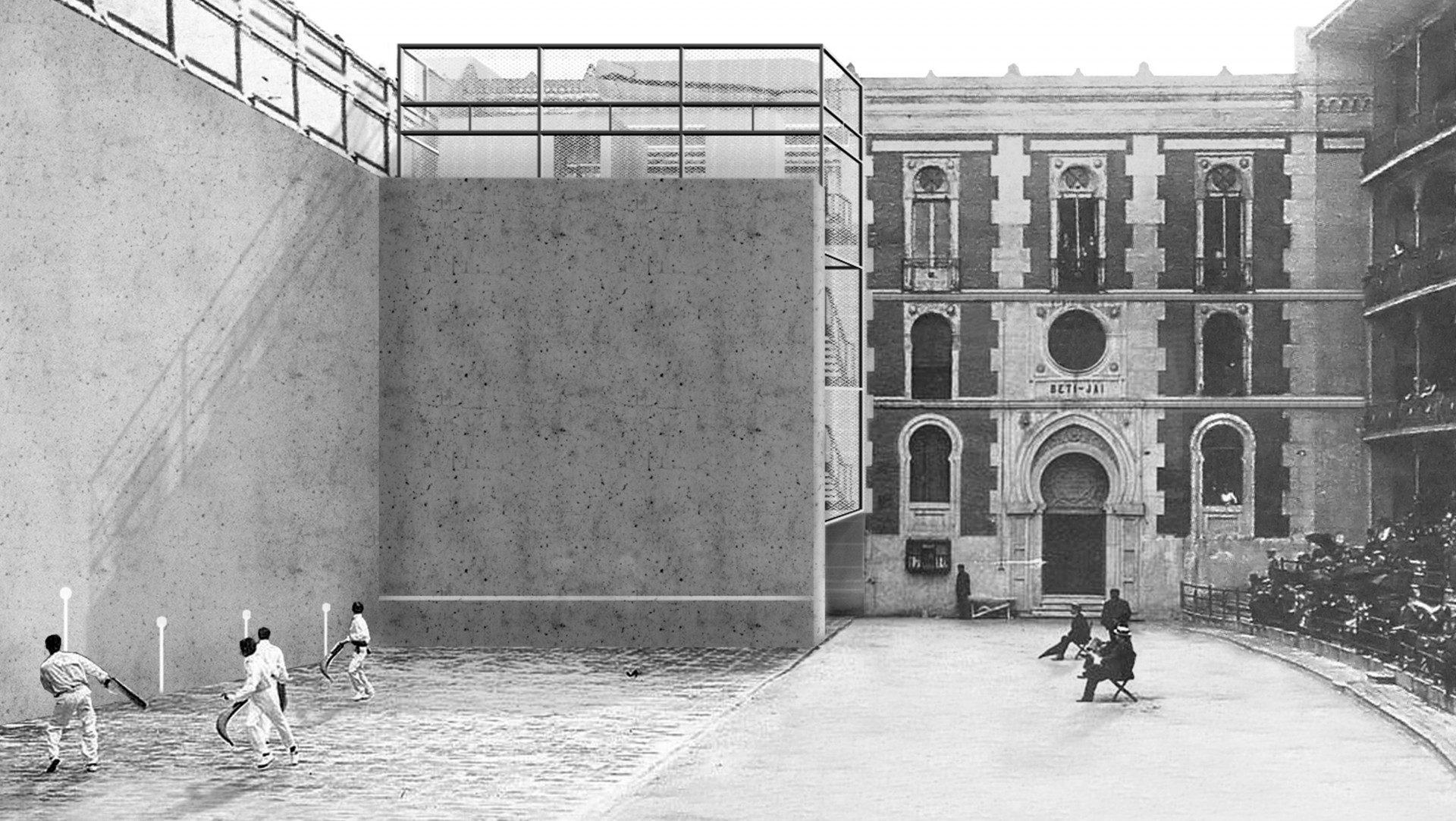 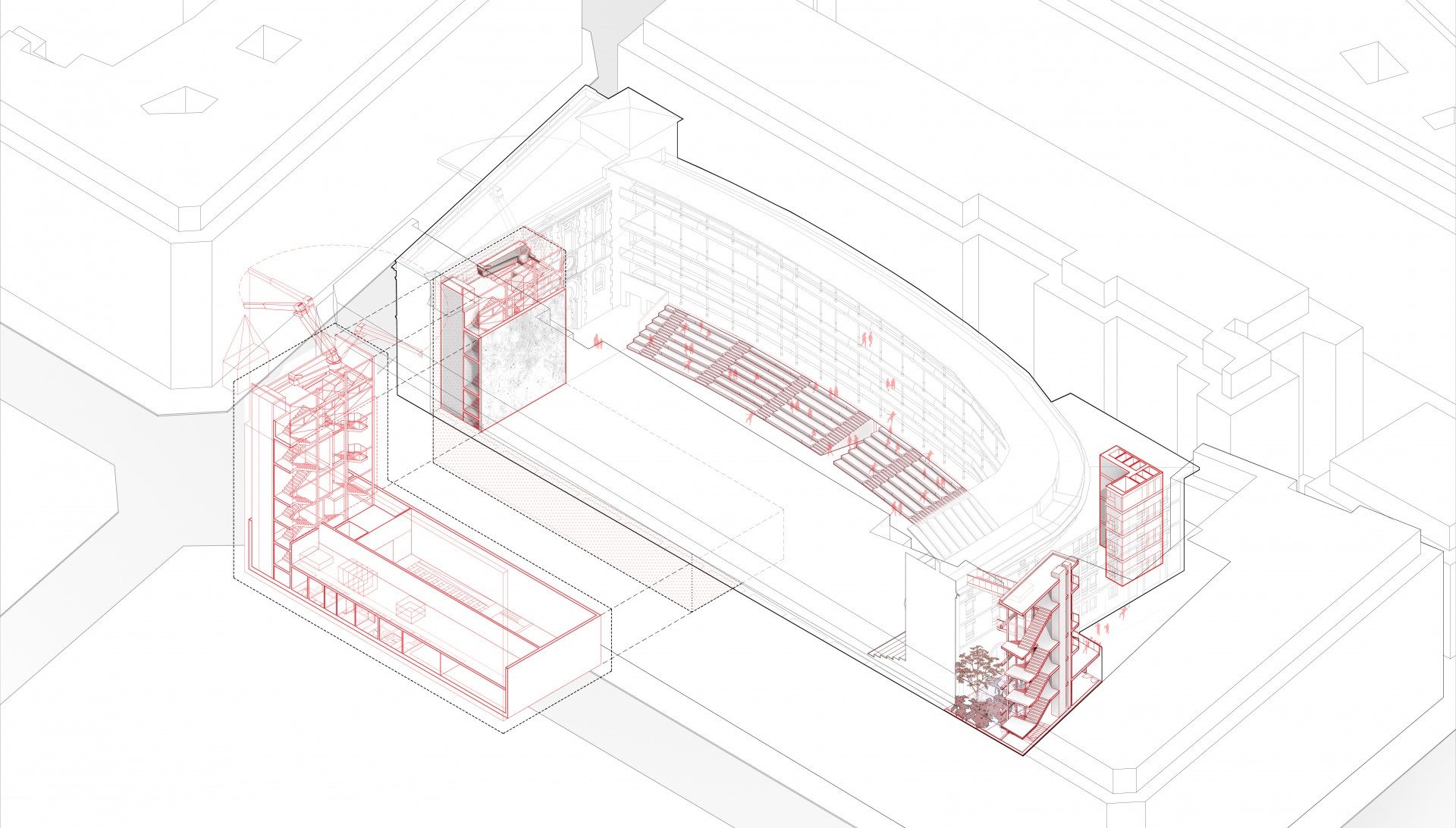 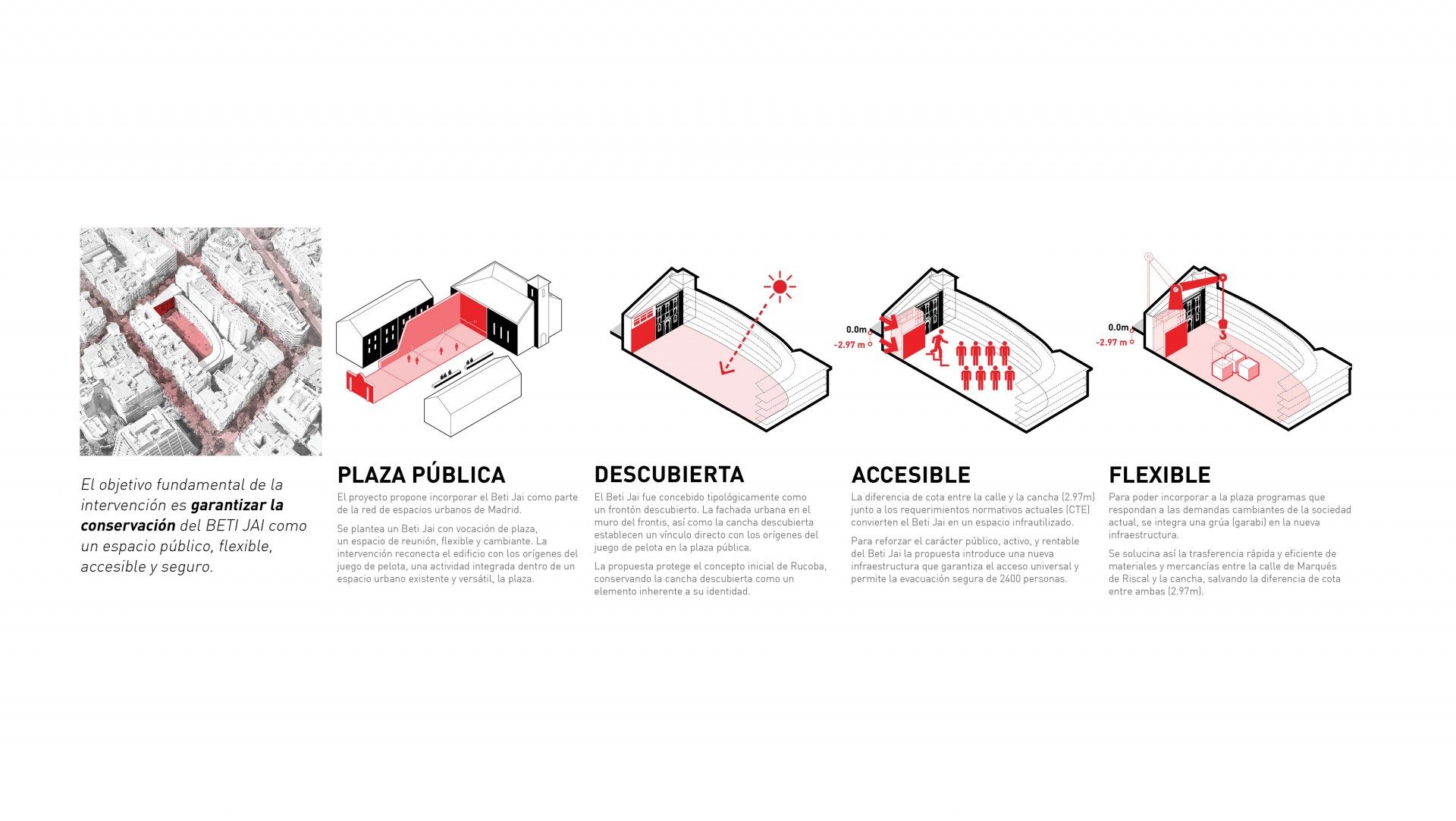 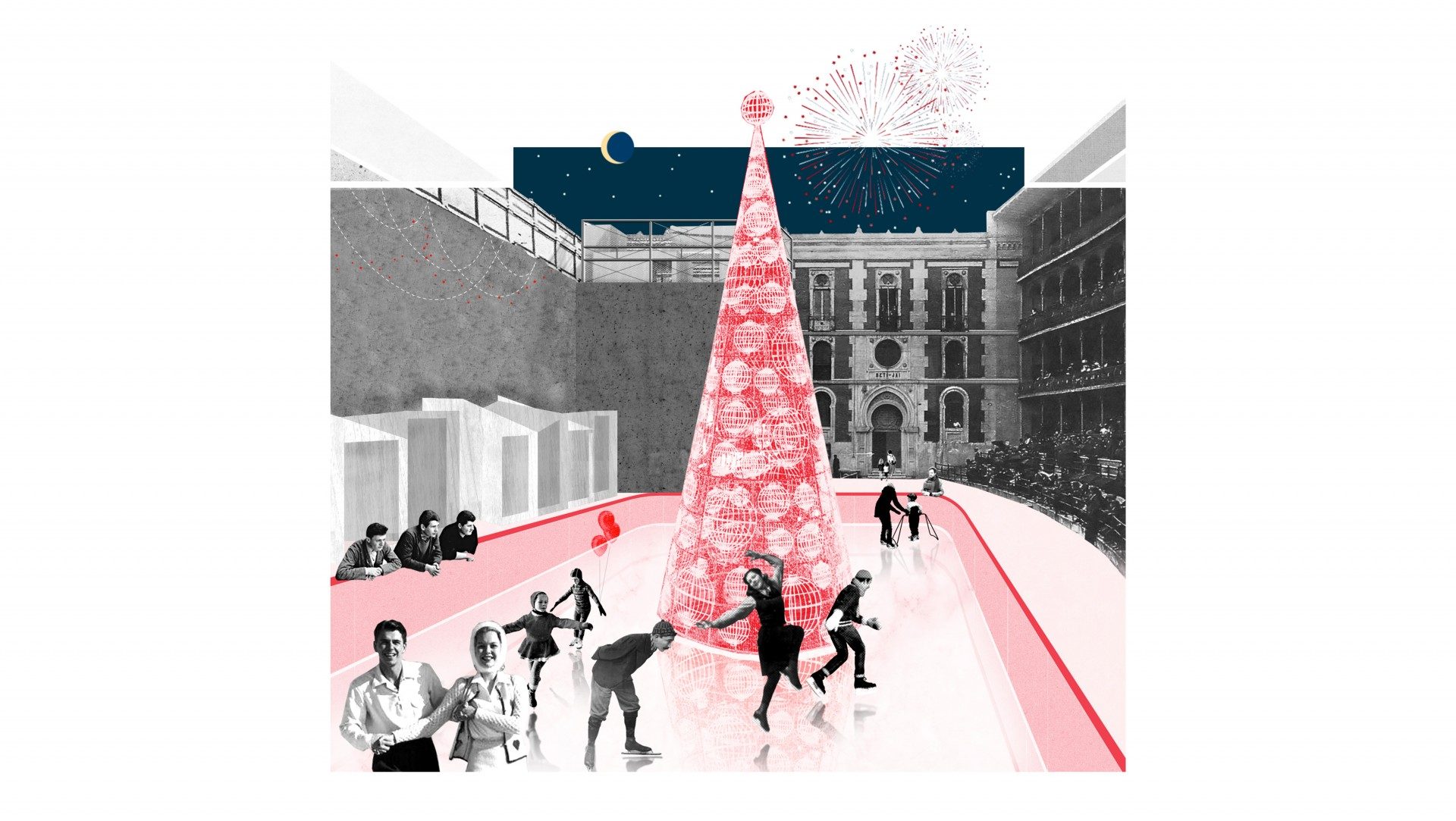 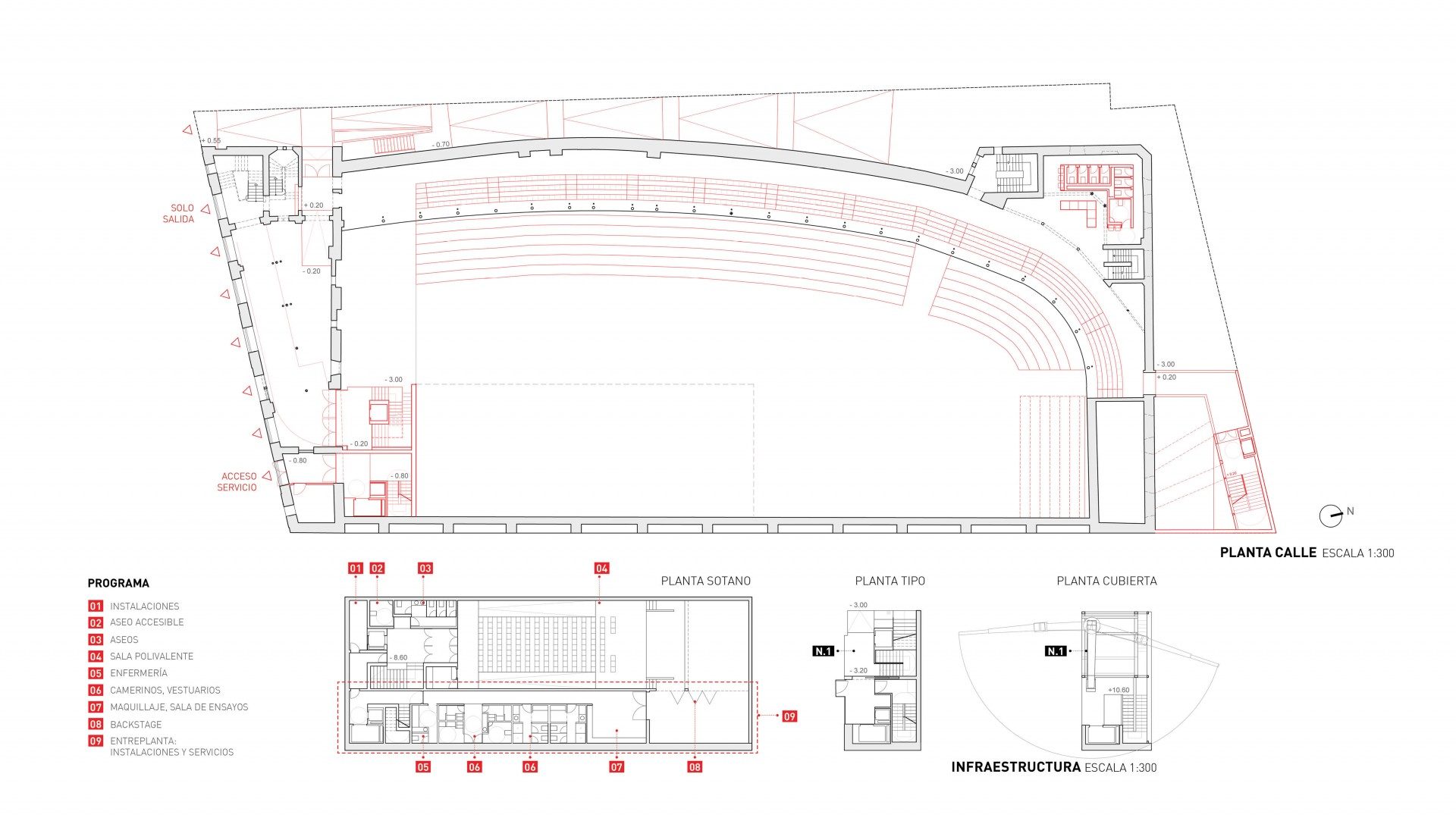 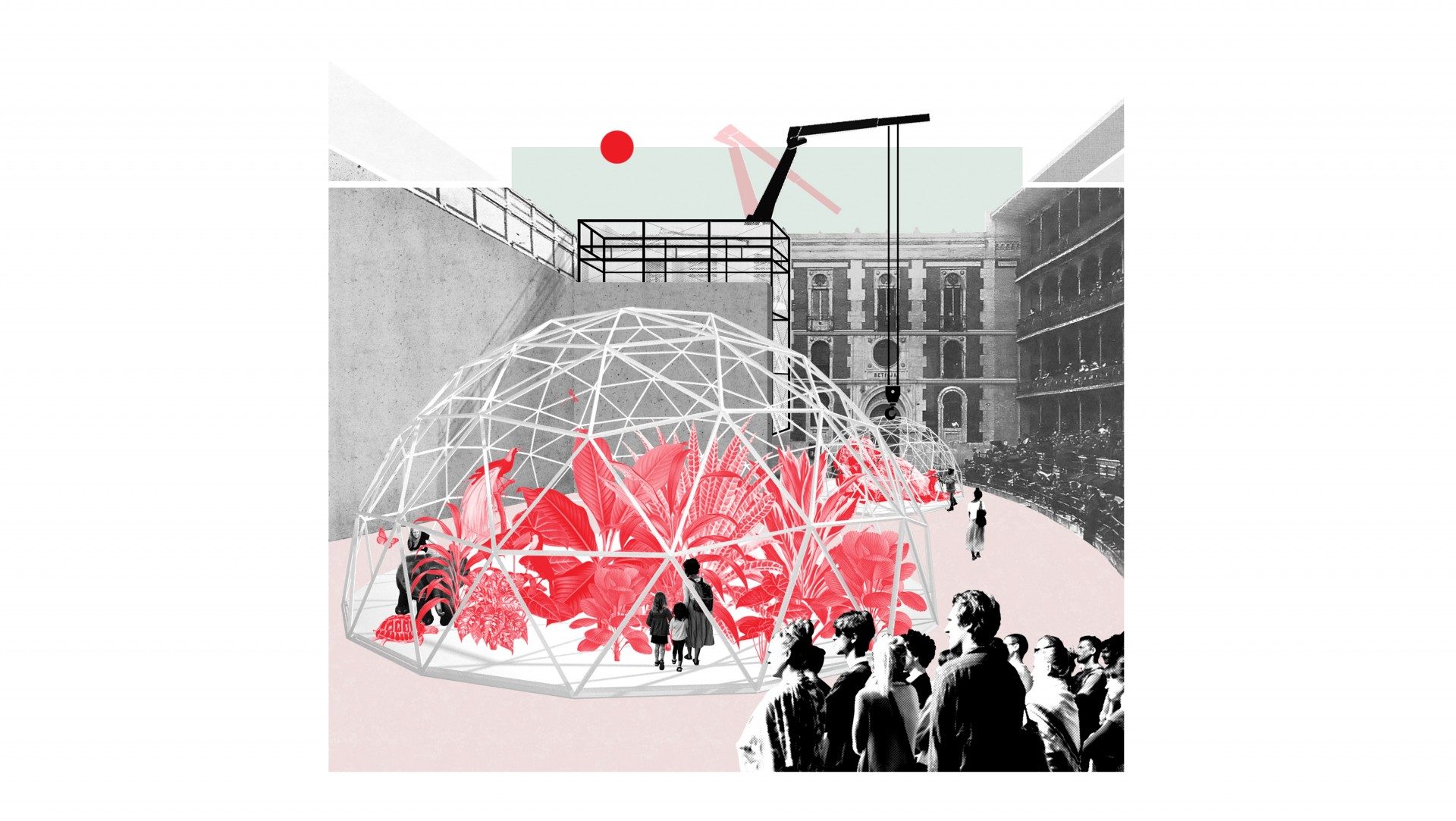 Garabi The project aims to incorporate the BETI JAI to the existing network of public spaces in Madrid. The BETI JAI is intended to have a vocation of public square, a flexible and ever changing meeting space. The intervention reconnects the building with the “Game of Pelota” roots, an activity integrated within an existing versatile urban element: the plaza. Typologically the Beti Jai was conceived as an uncovered fronton. The urban façade at the “Frontis Wall” along with the exposed court establish a direct connection with the origins of the “Pelota Game” at the public plaza. The proposal protects Joaquin Rucoba’s primitive concept, preserving the uncovered court as an inherent element to the Beti Jai identity.The height difference between the street and the court (about 10 feet) along with the current Building Code requirements converts the Beti Jai into an underutilized building. In order to reinforce the public, active and profitable character of the Beti Jai the proposal introduces a new infrastructure which guarantees universal accessibility along with the safe evacuation of 2400 people. In order to incorporate new programs to the plaza that respond to the changing demands of current society, a crane is integrated within the new infrastructure. Logistic problems between the street and the court are solved with this new element, allowing a fast and efficient exchange of materials and supplies.