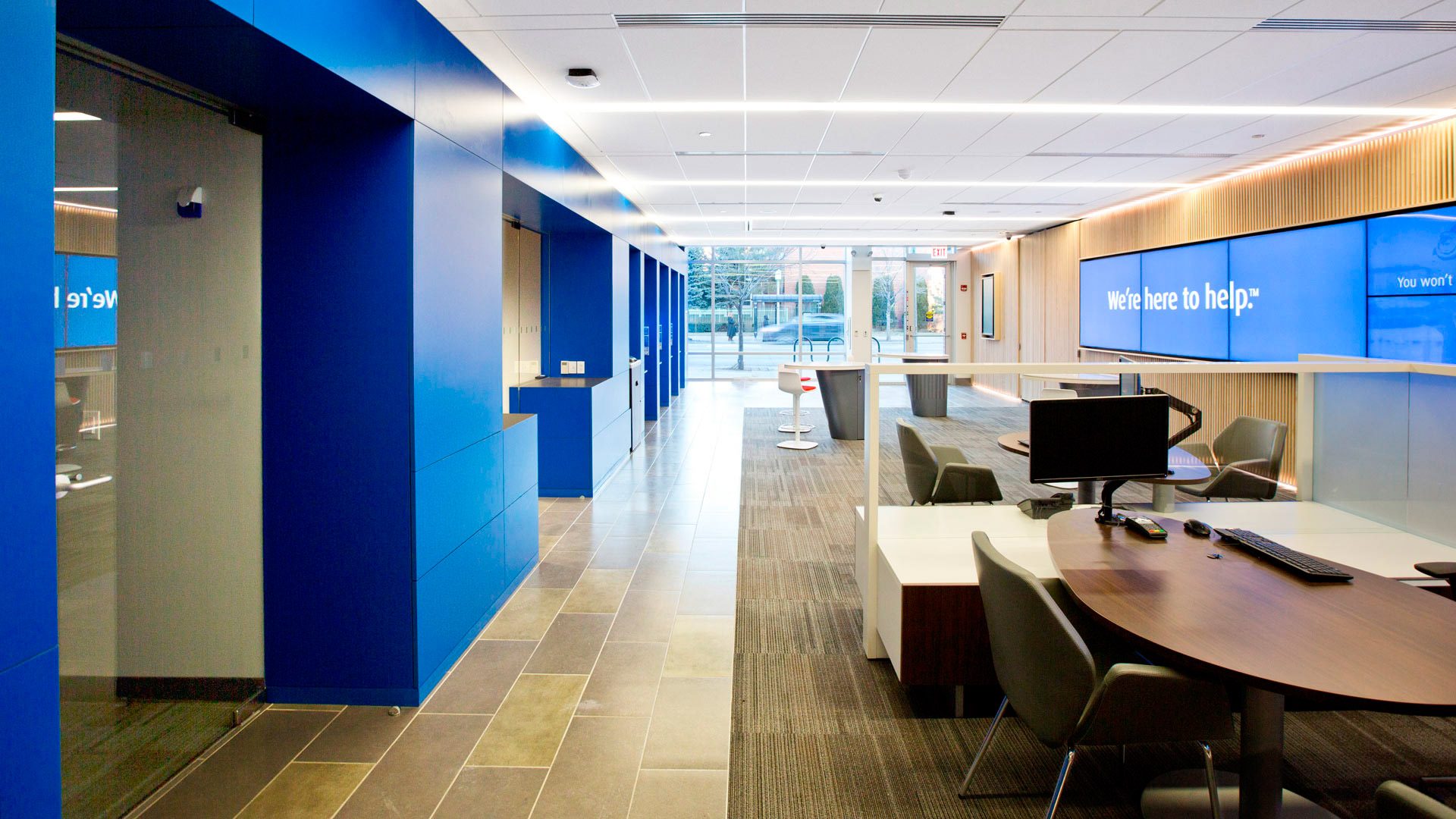 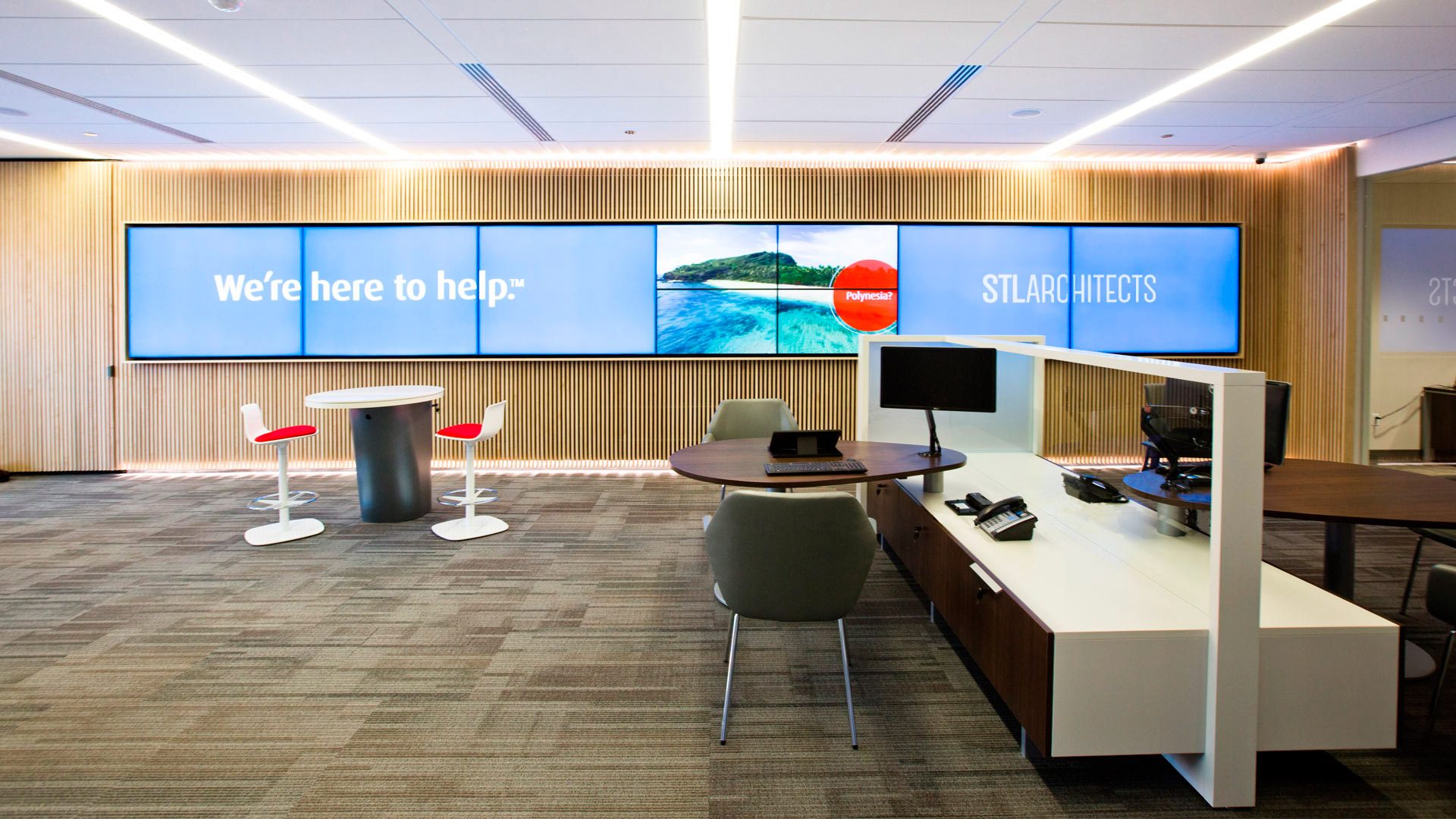 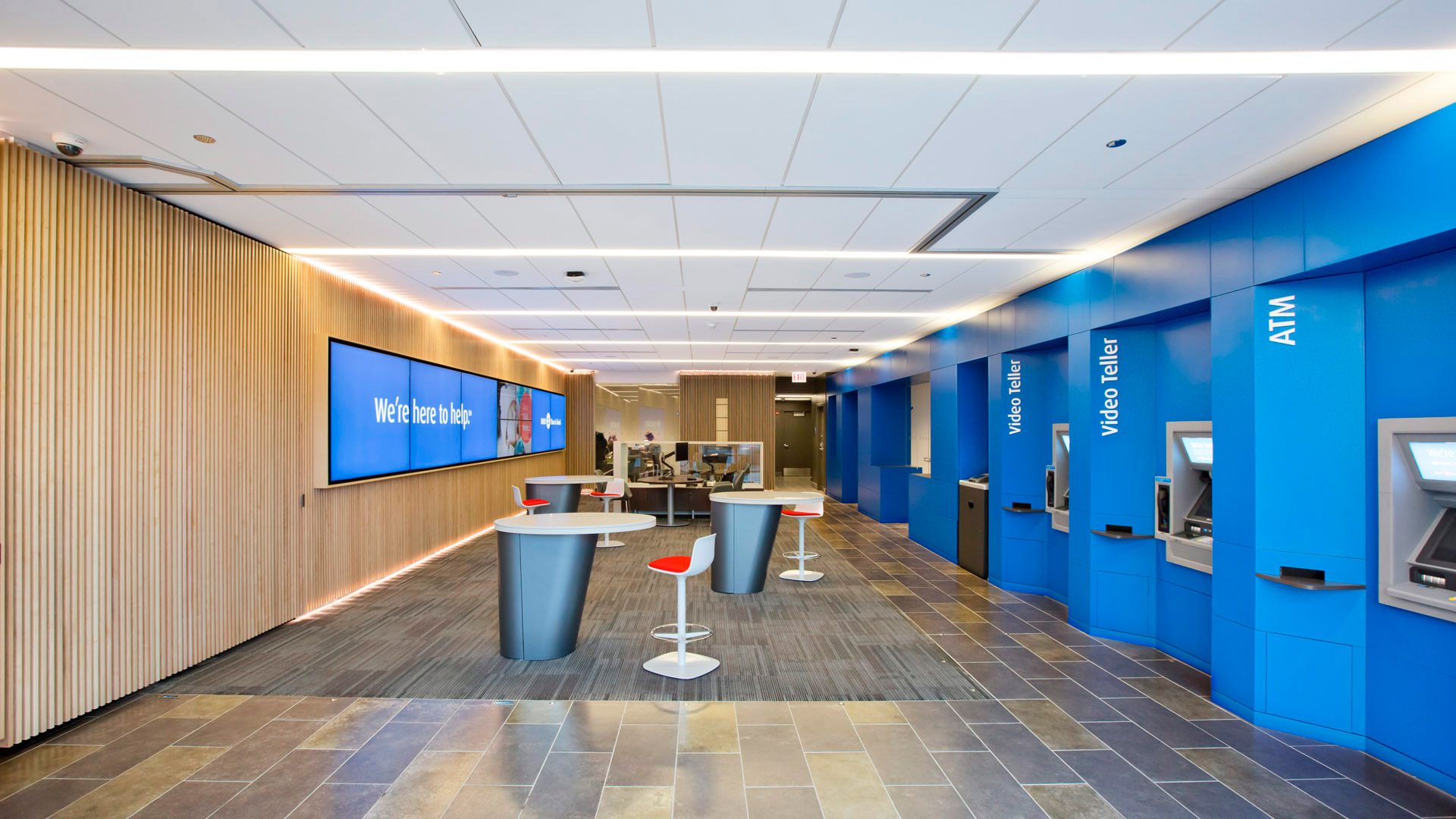 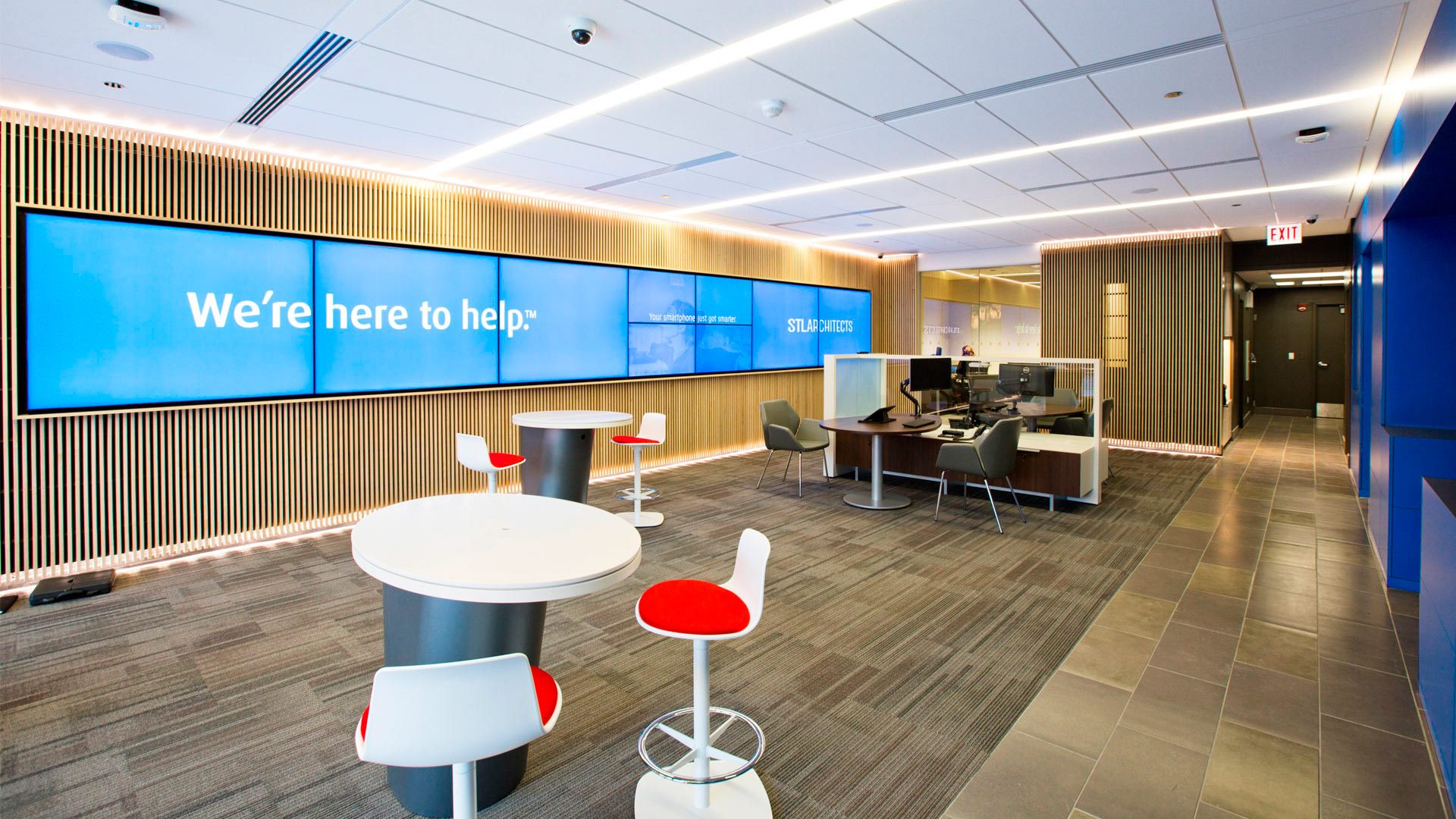 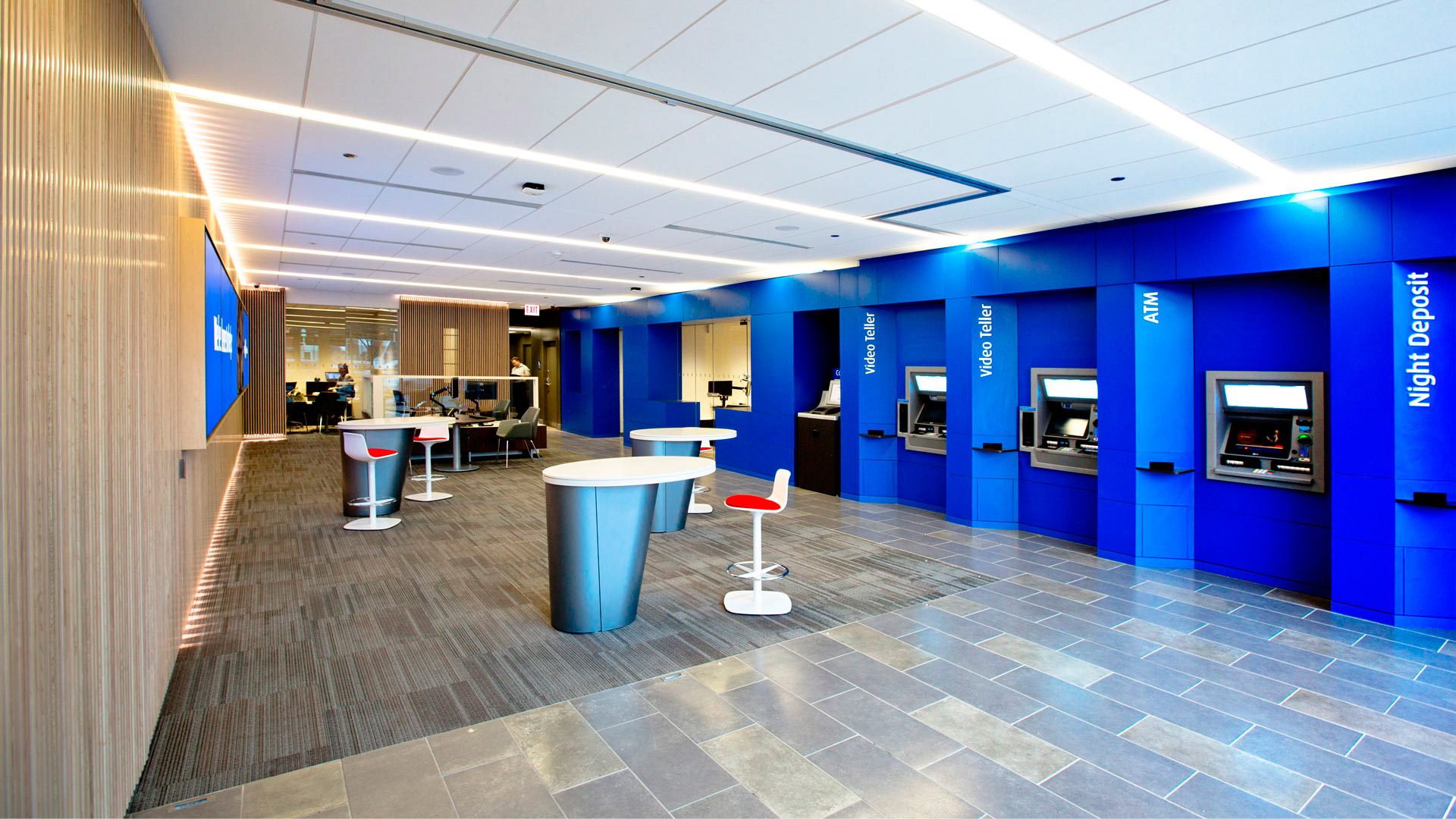 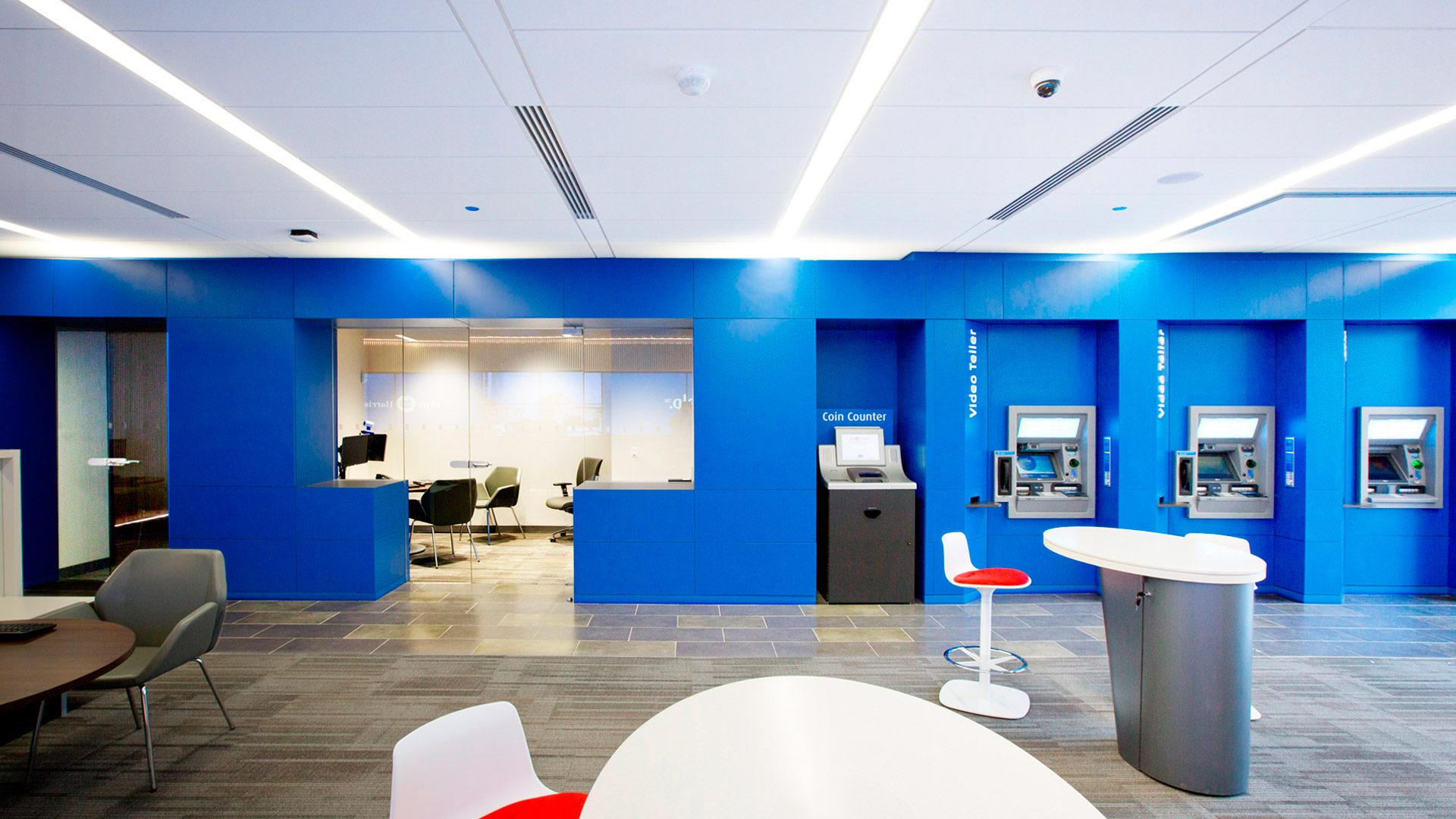 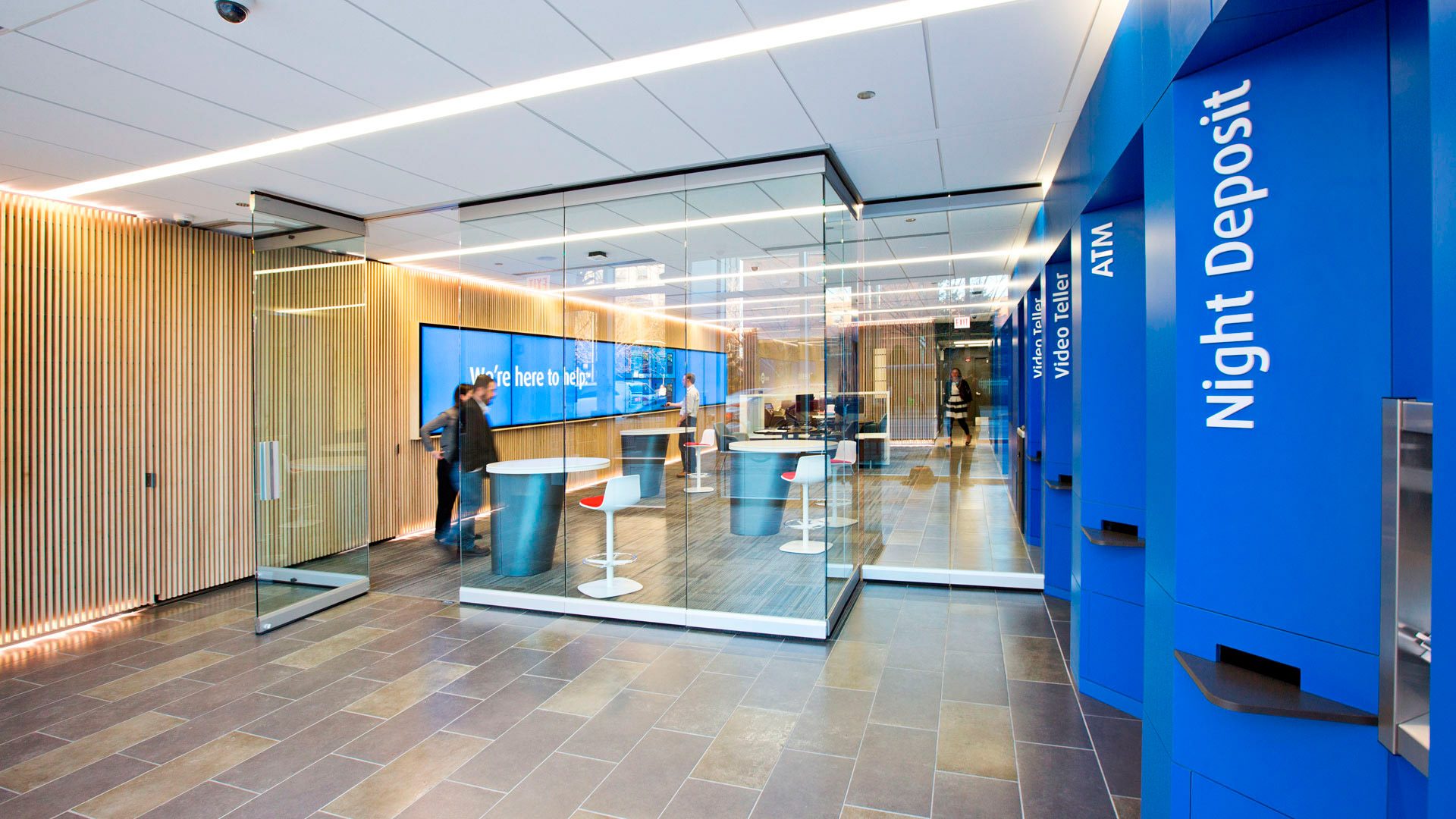 Interactive Retail Bank In 2014, BMO Harris engaged STL to develop a new branch bank prototype aimed at dense urban environments with small footprint. BMO intended to deploy 2.0 branches at a fast pace throughout the US and Canada. Implementation of new banking technologies such as virtual tellers and touch screen technologies, along with a fresh and dynamic refresh brand of the bank were incorporated into the prototype. STL participated in a multidisciplinary brain storming session with other consultants and representatives of various bank departments in which goals and objectives were identified. STL developed a design which relied on simplified material palette, using exposed rulon panels and branded millwork, and an open space banking hall in which bankers engage customers informally.