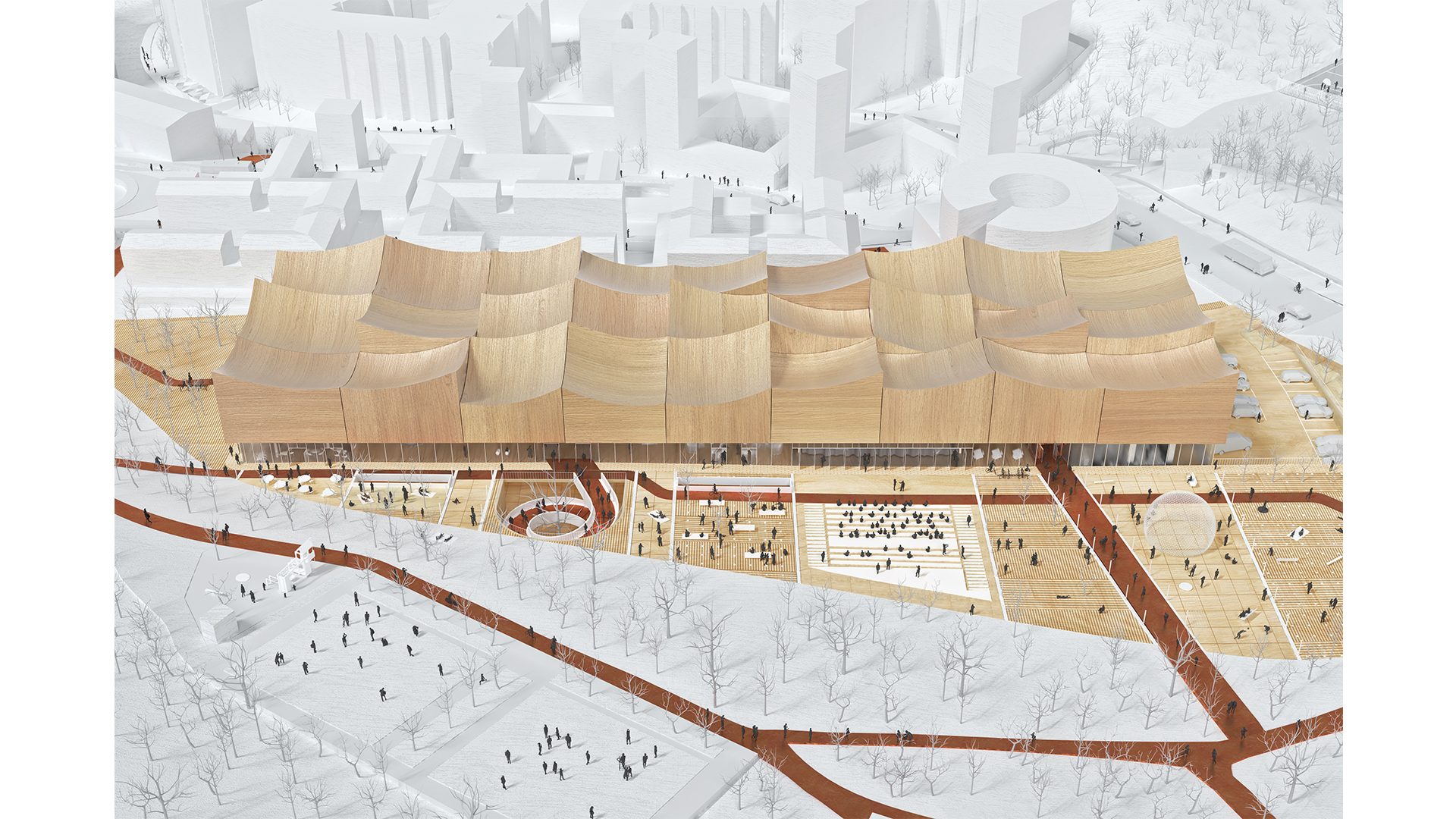 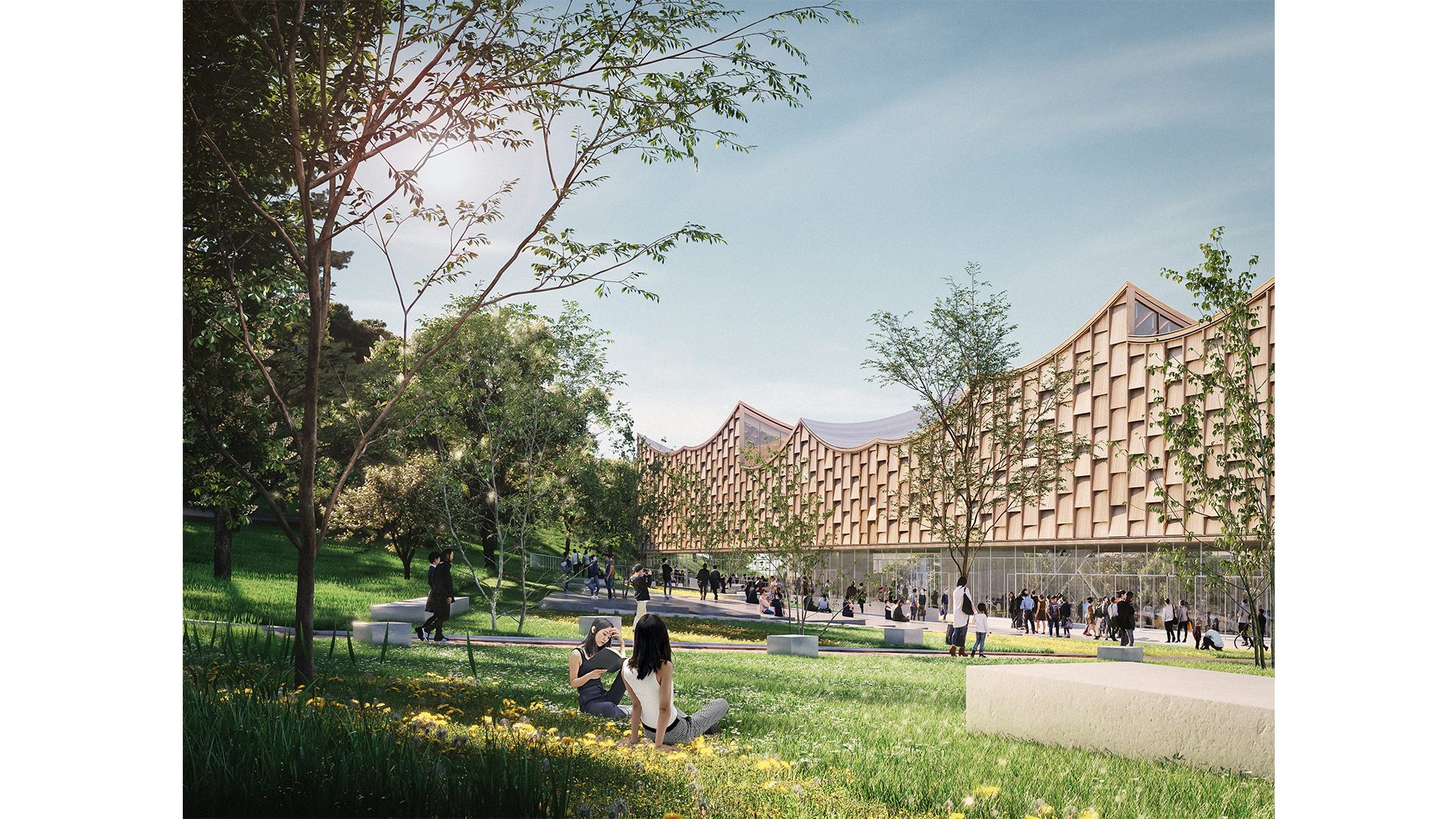 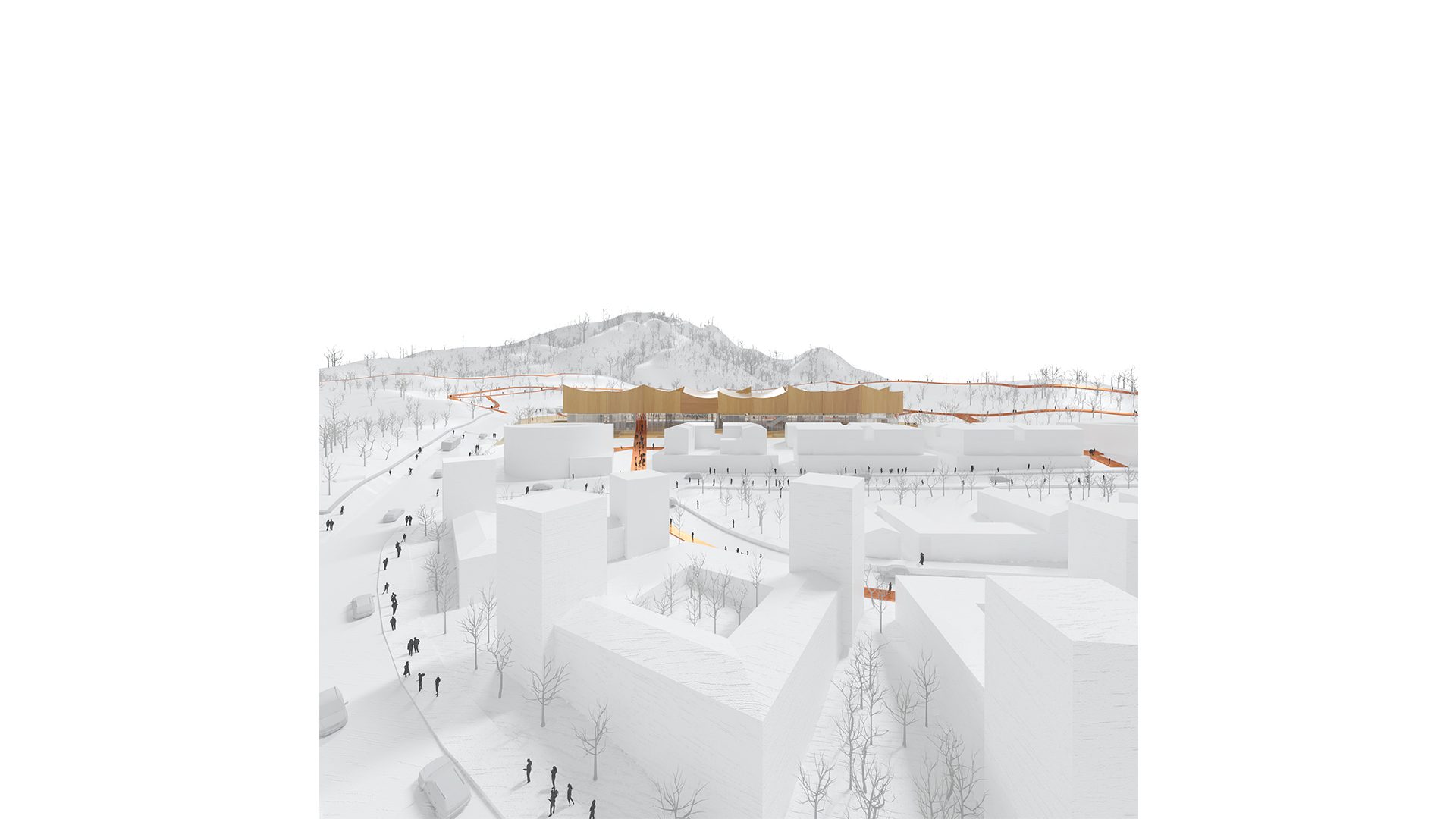 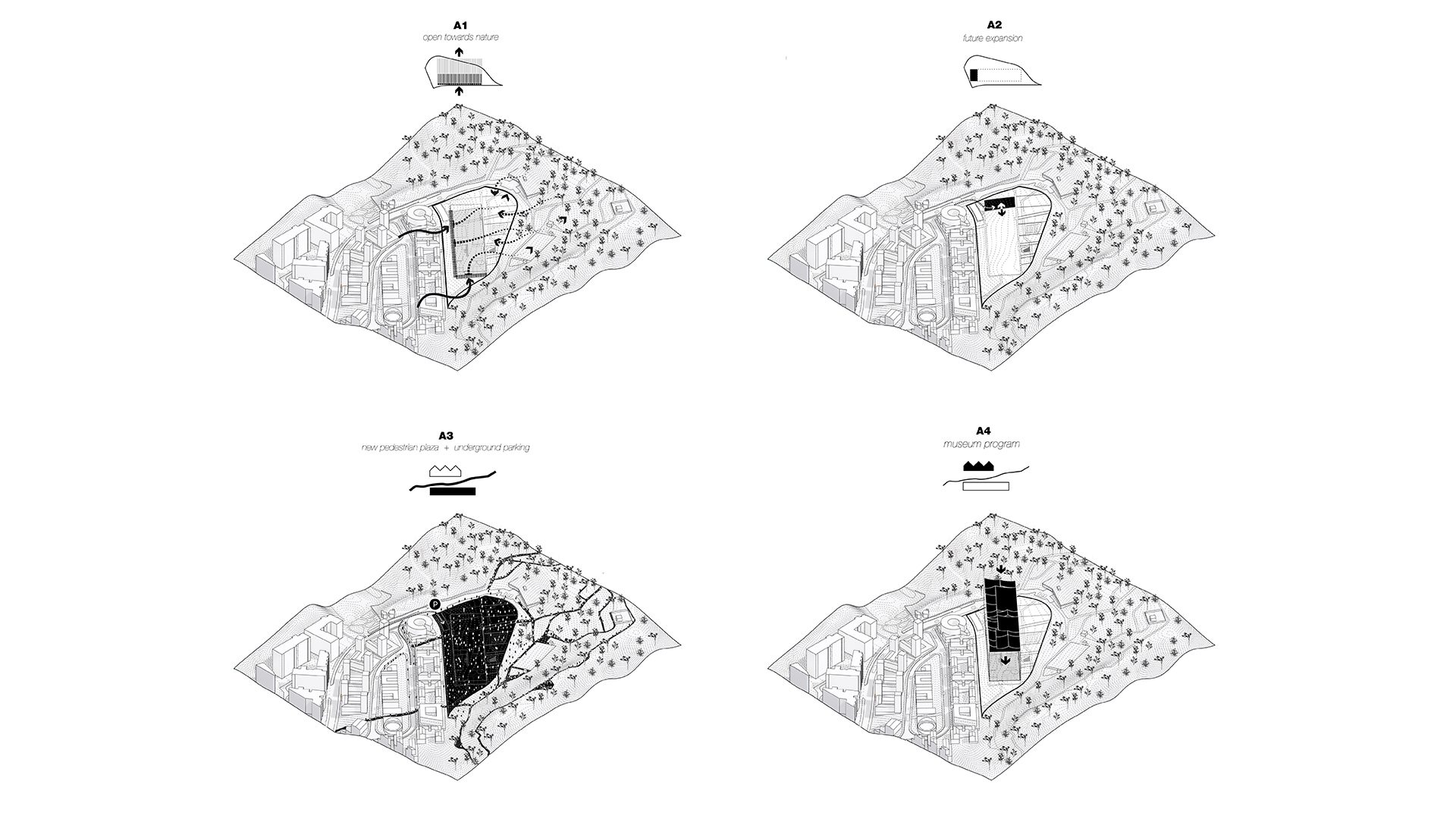 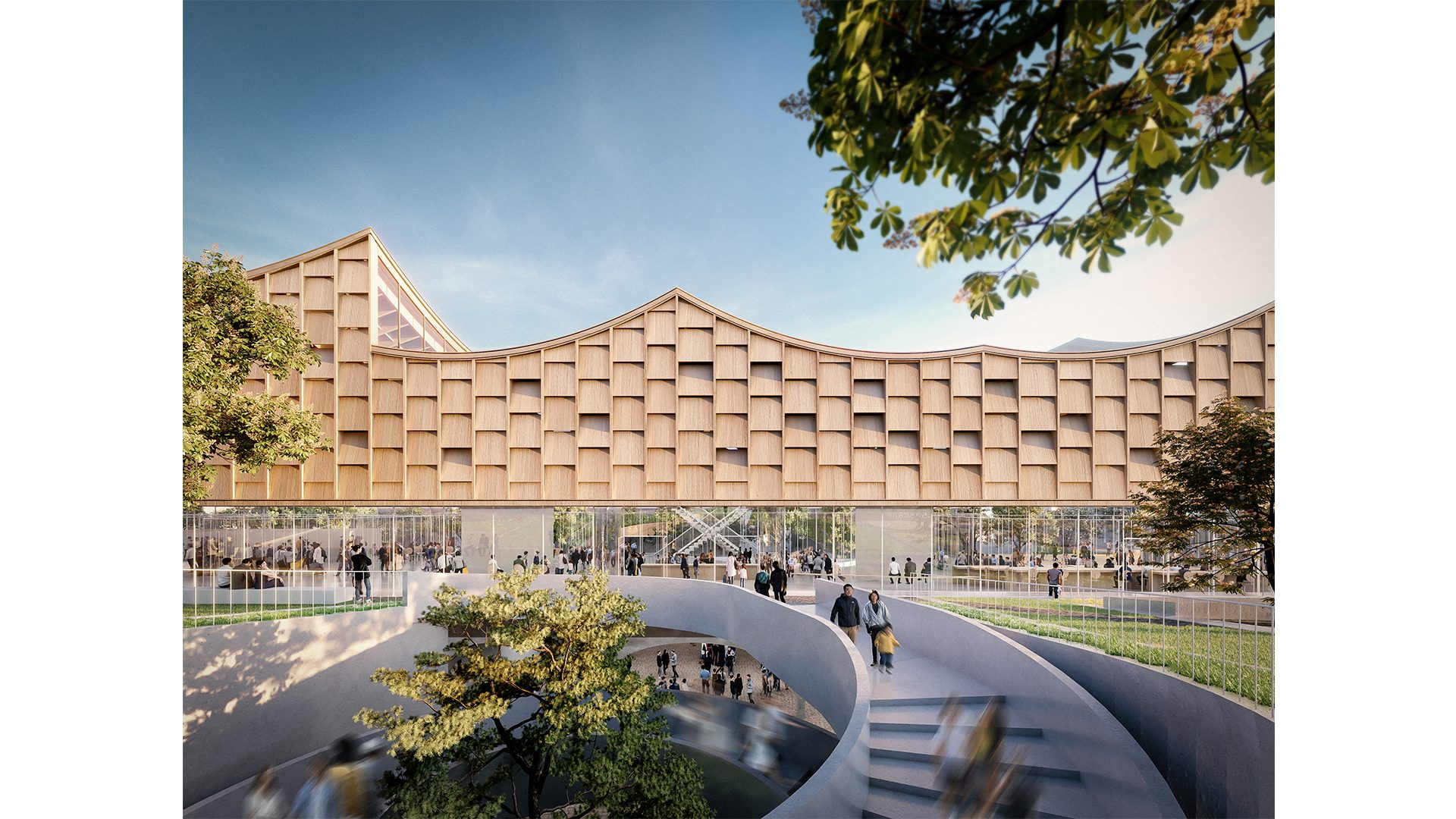 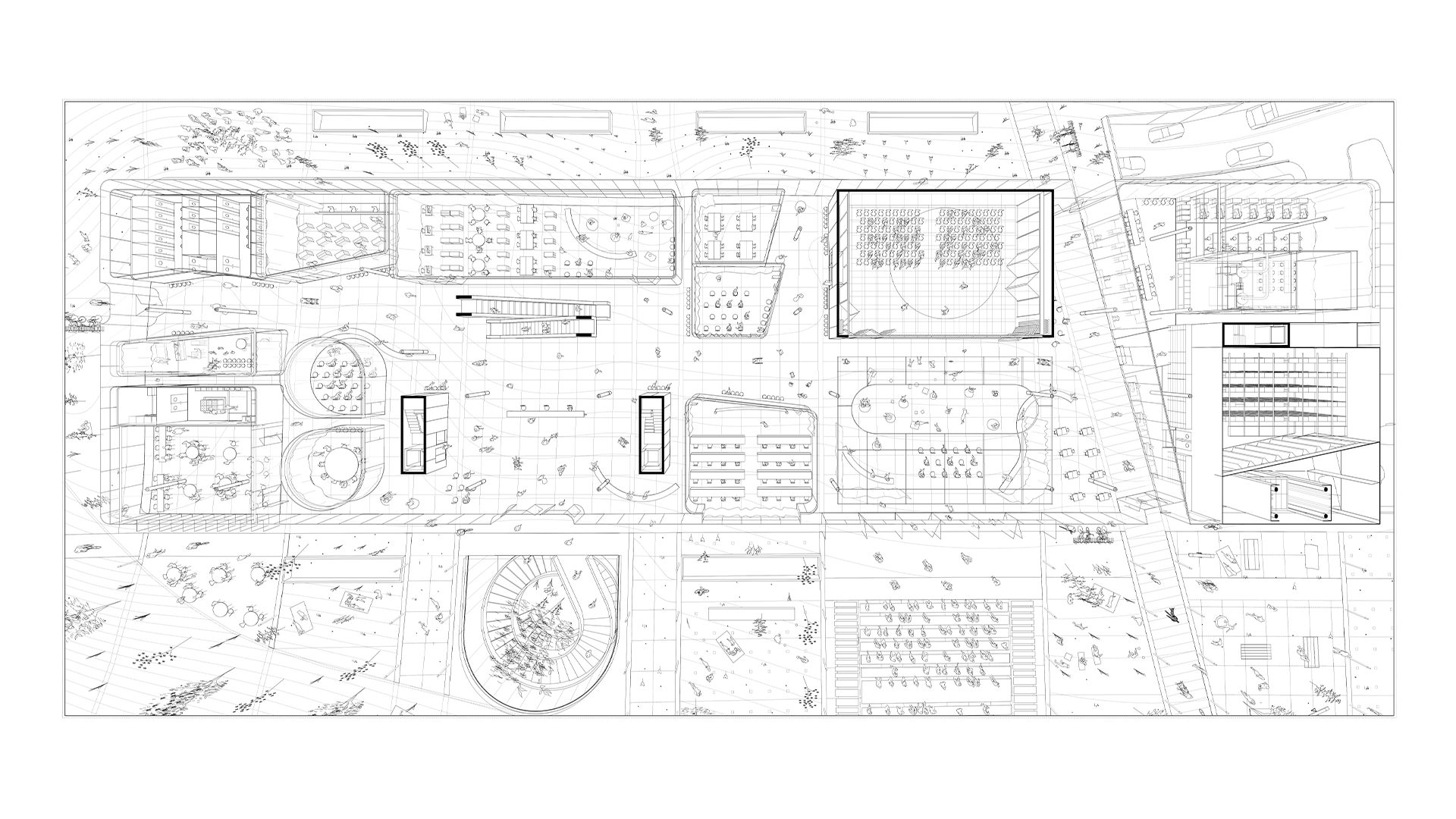 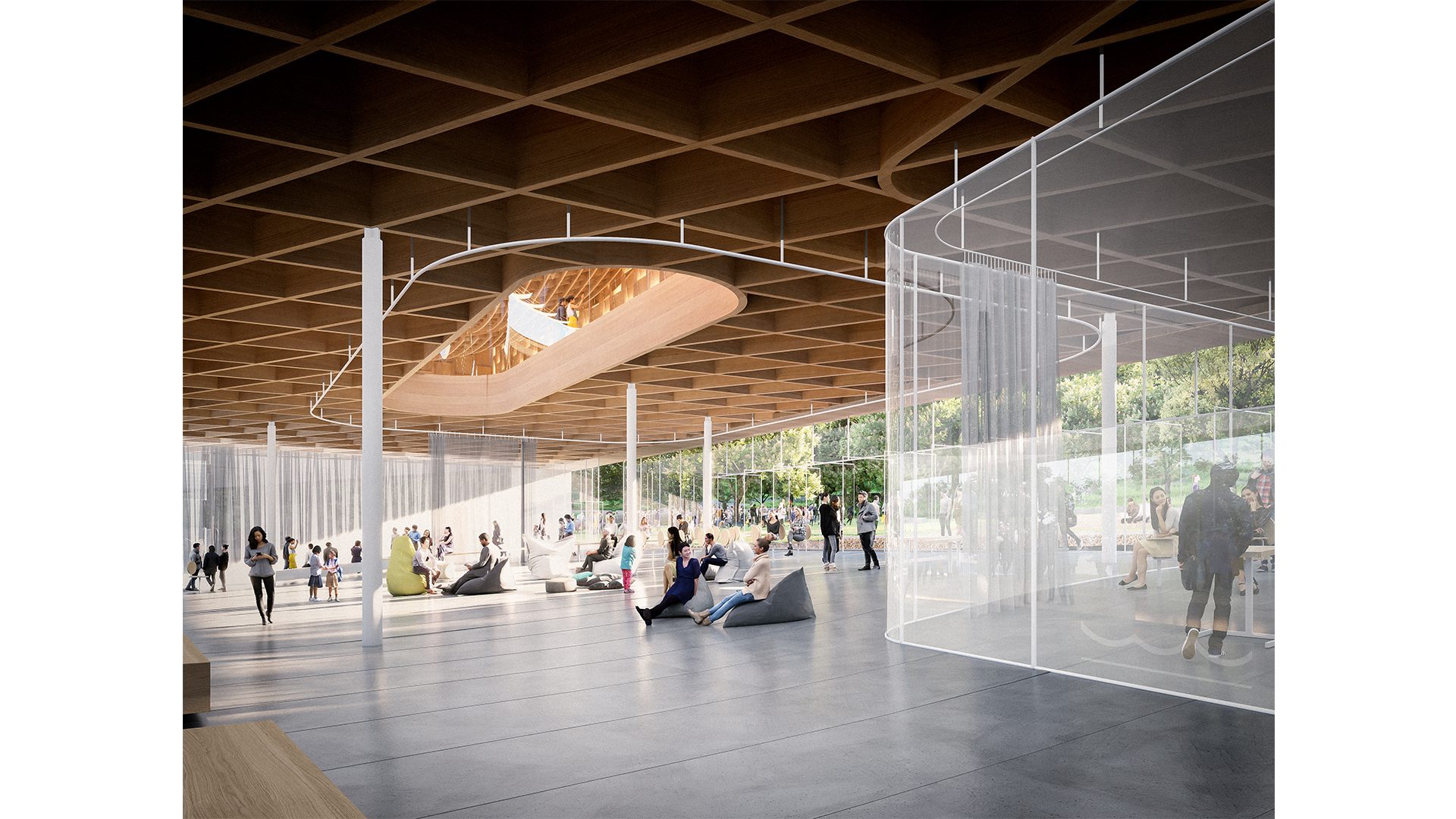 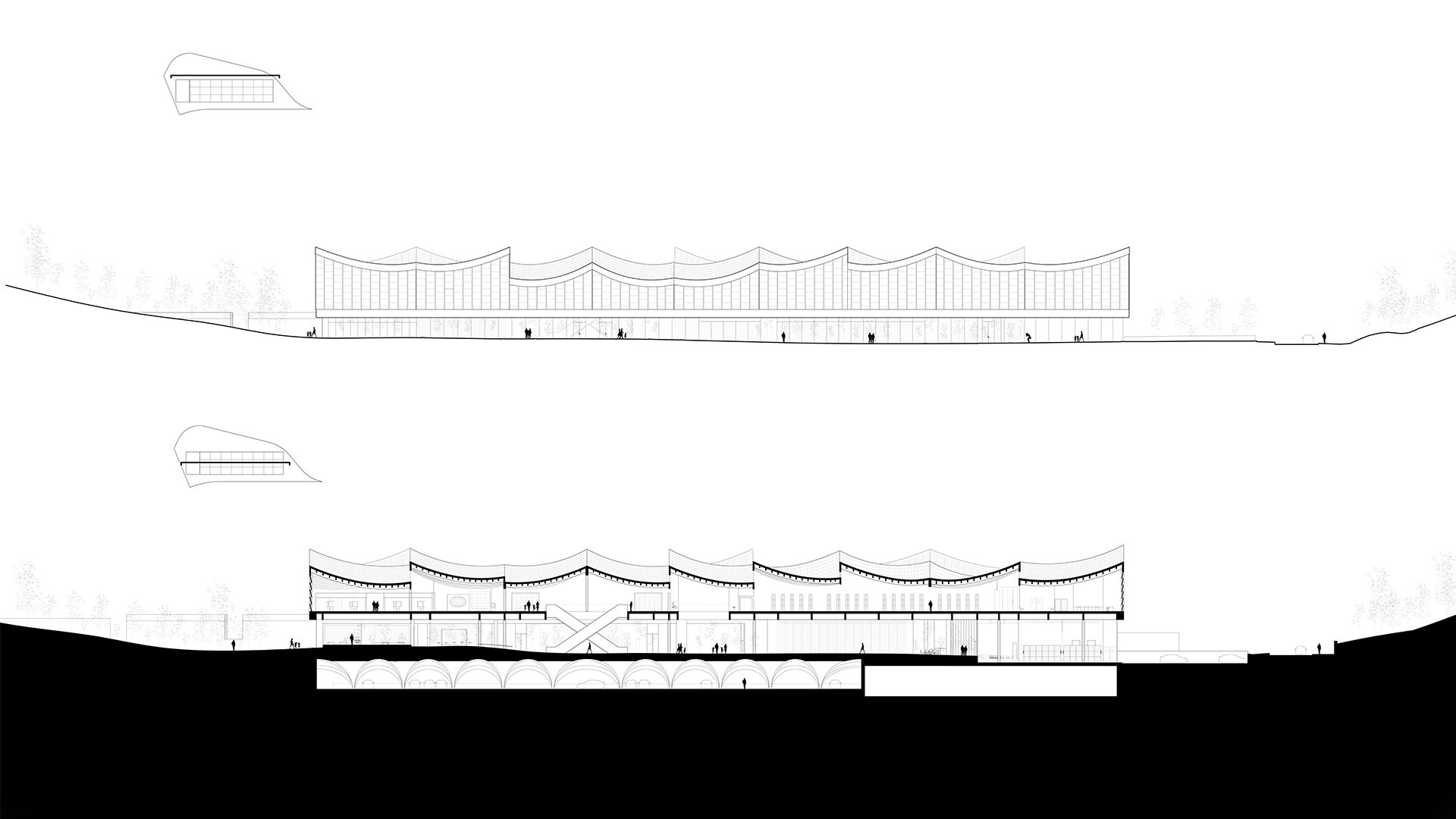 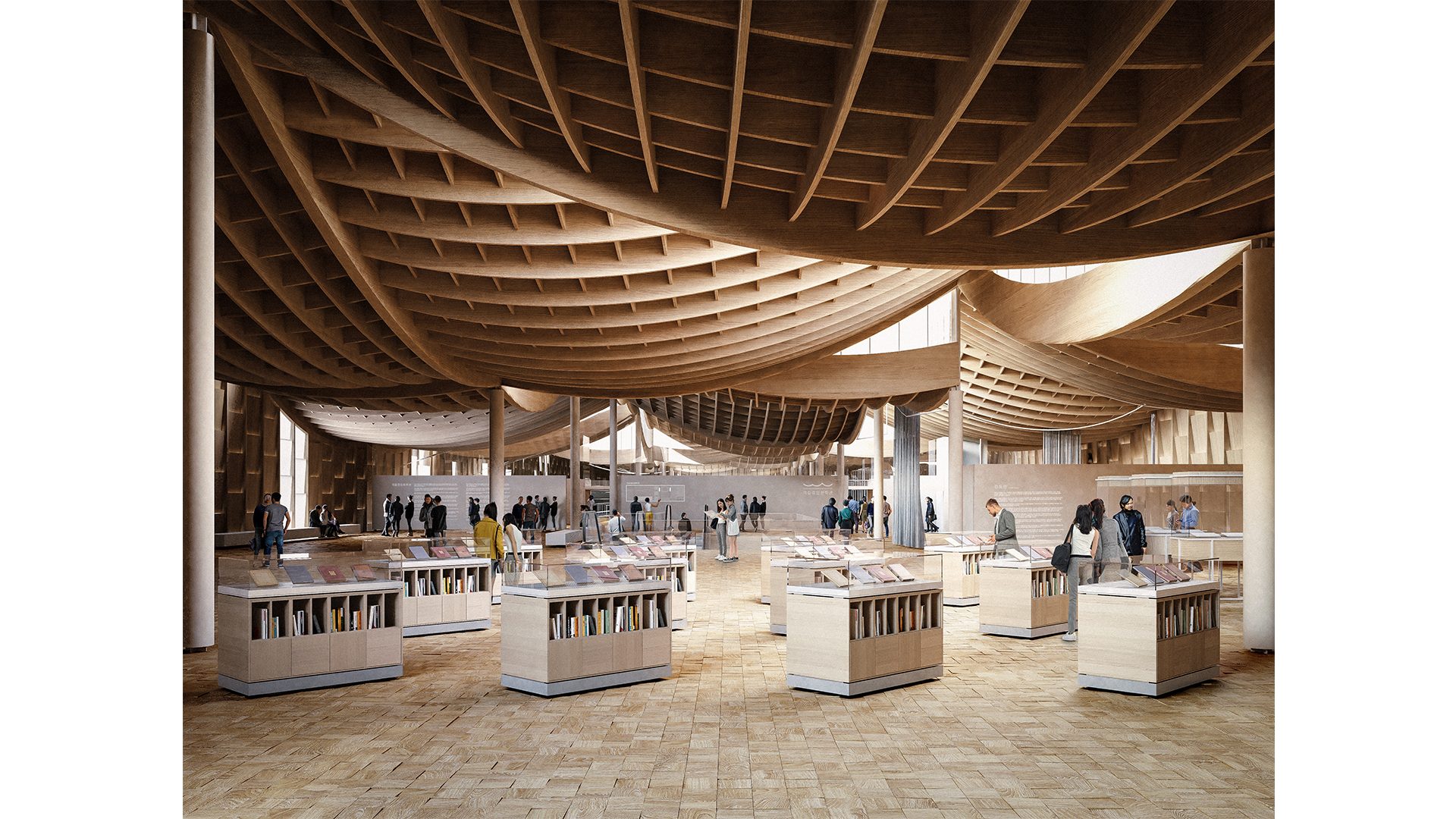 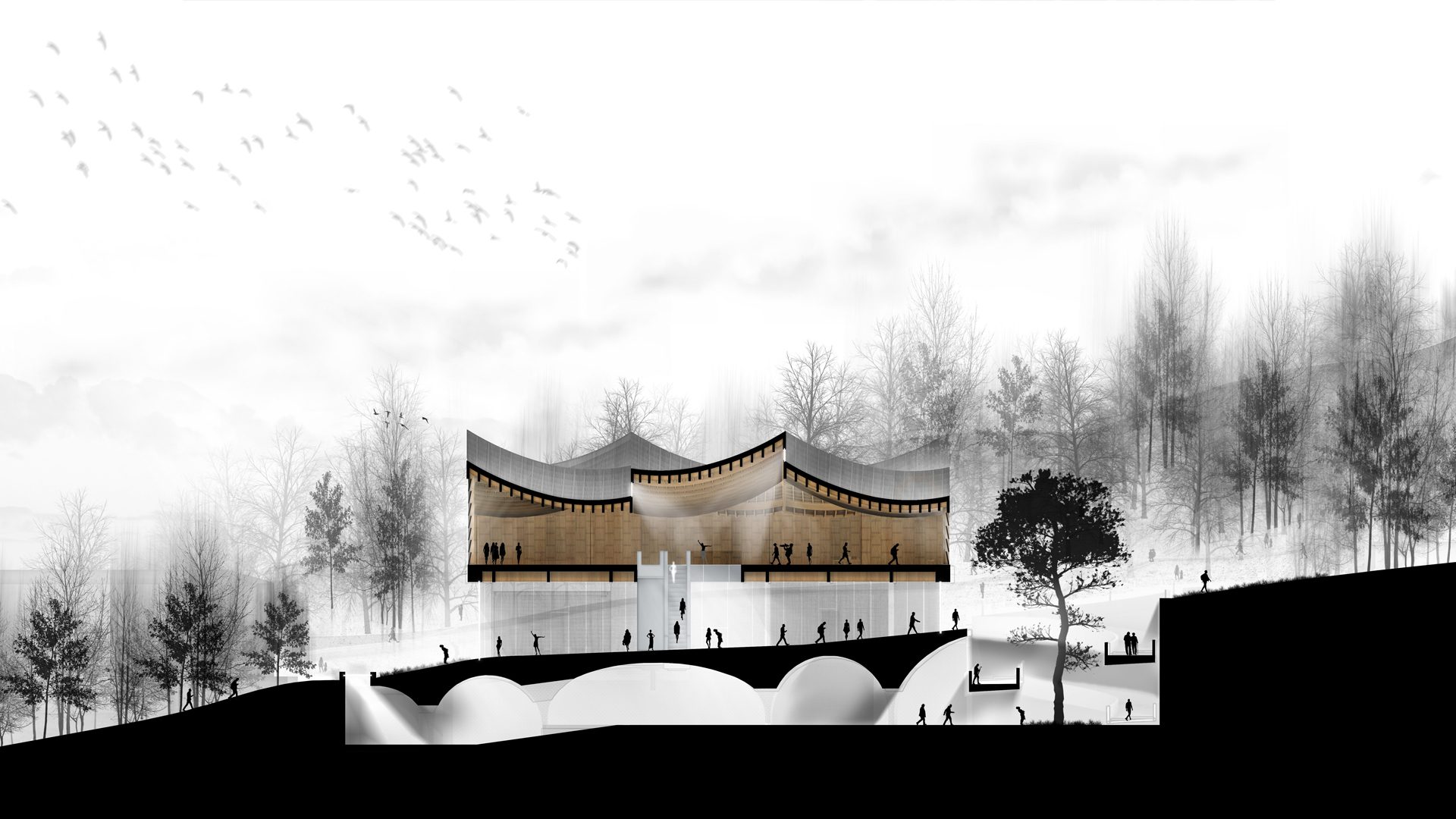 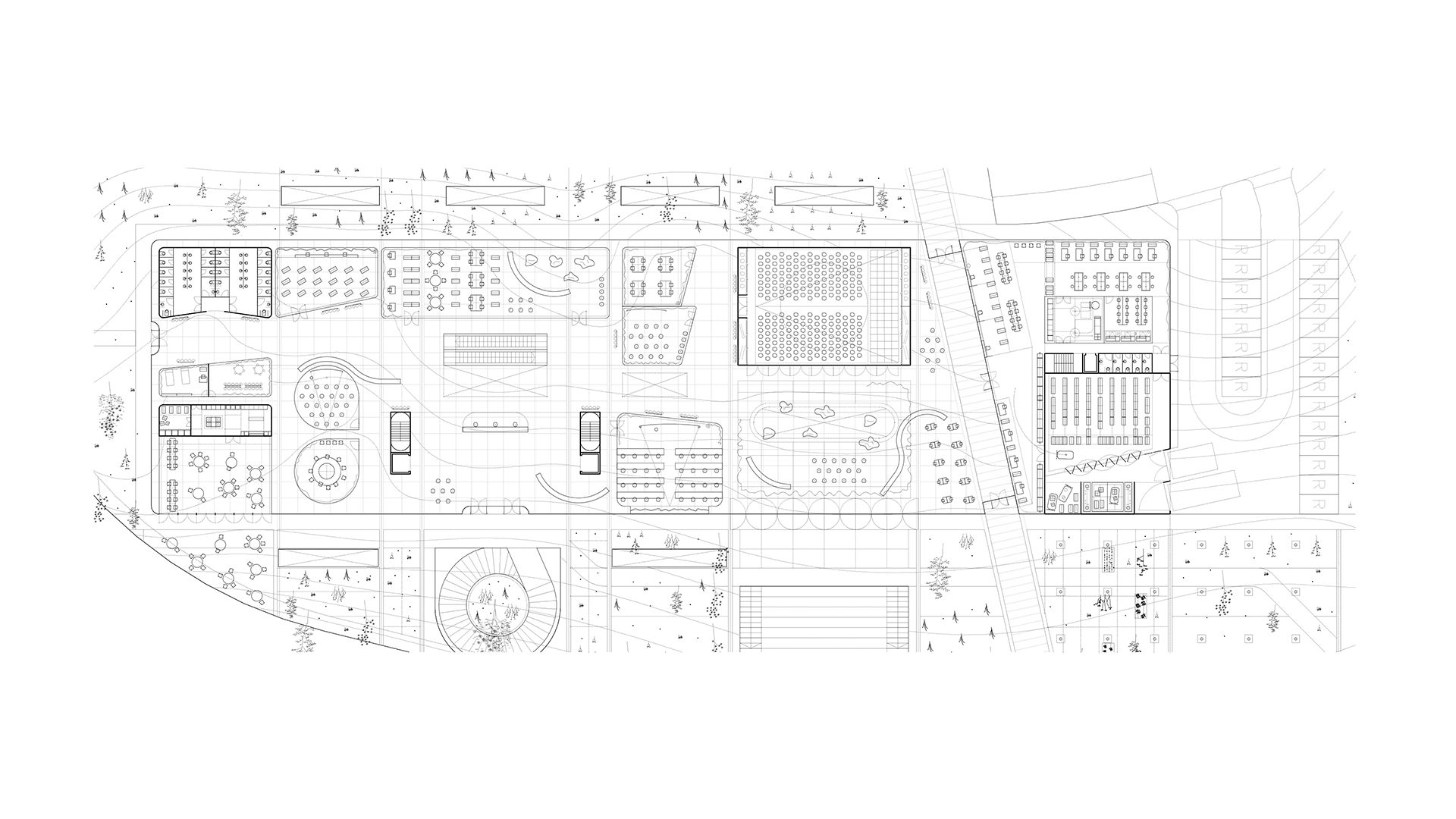 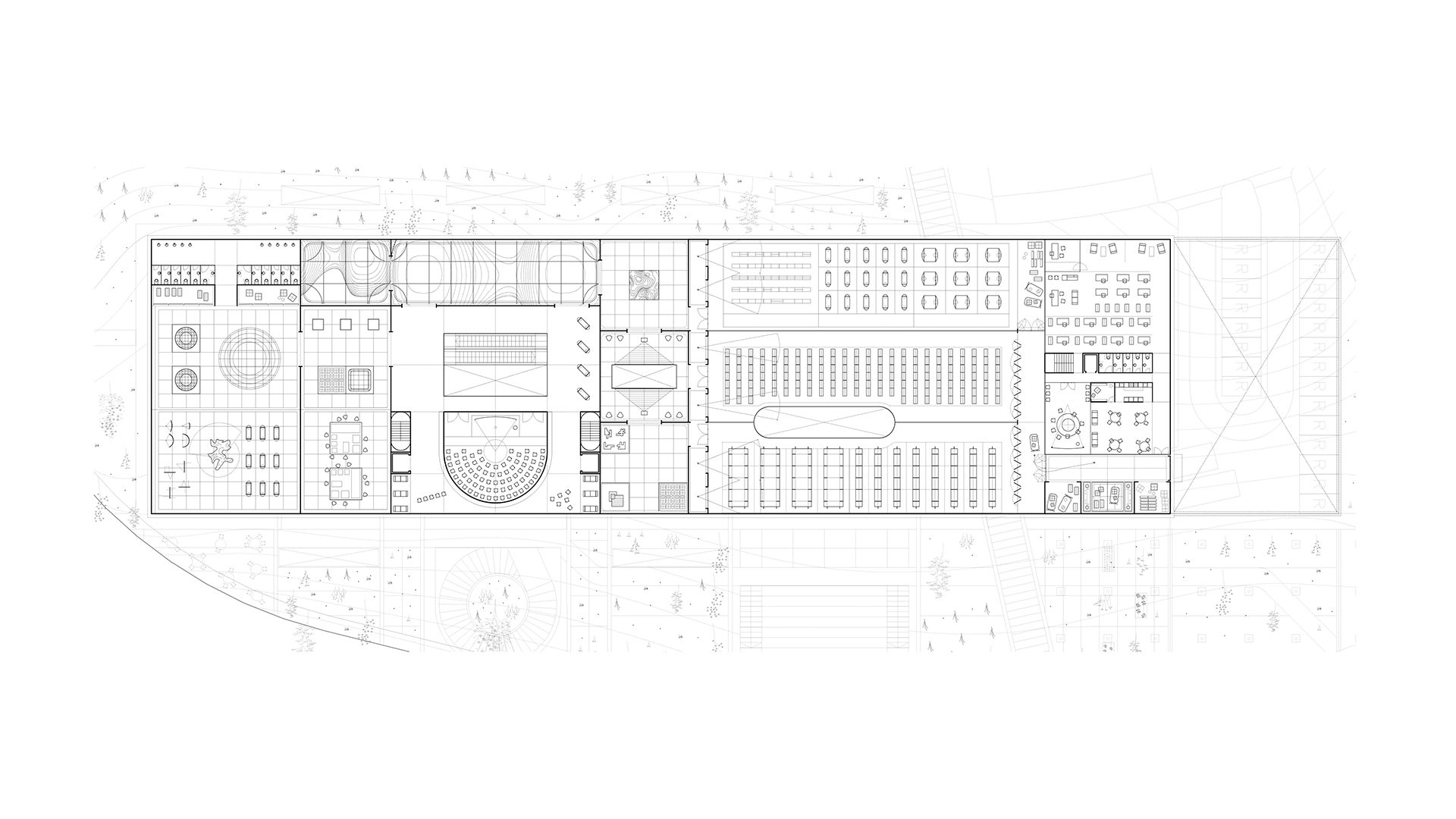 NMKL The National Museum of Korean Literature should represent and serve its ambitious purpose to memorialize the living history of Korean literature and to project with optimism its dynamic future. The museum will embrace visitors and welcome them into the museum home, represented in our project by the notion of a traditional Korean village as a symbol of hospitality. It is impossible to separate Korean literature from the notion of ecology. Korean literature historically introduced nature as a friend of mankind, embracing a harmonic relation between nature and city. Even the broader Sinosphere literature always introduced humans as an integral part of nature, in balance with the general order and harmony of the cosmos. The decline of the relationship between Korean society and the environment of the late 20th century has been quickly replaced by a current resurgent interest in the natural ecosystem. It is this renewed concern for the environment, a concern that is cemented in modern literature, that provides the background for our design proposal. A building where nature and civilization can be harmoniously experienced through literature and related literary events. The project site is located at the top of the hill in Eunpyeong-gu, Seoul, and at the foot of Bukhansan Mountain, an affluent natural environment located east of the site and a favored destination for neighbors and outside visitors alike. The site’s location within the city could be defined as “where the City ends and Nature begins”, offering the opportunity for the museum to be a filter of pedestrian activity reconciling both realities. Our proposal for new National Museum of Korean Literature will attempt to provide an activity filter that will mediate between the city and the natural environment. In this way, structured, cartesian city streets give way to meandering nature paths ascending into the mountain, the noise and buzz of city traffic will yield to the reinvigorating sounds of the natural world and the city-centric relationship of humans with concrete, asphalt and automobiles will be replaced by a harmonic communion with trees, animals and natural rock formations. The core project strategies implemented in the building are: (1) Outdoor common space faces the mountain. By locating the main outdoor common space towards the Southeast side of the site facing the mountain, the building acts as a buffer from the noise and other city activities and presents a calm and apt environment for the museum’s outdoor events to take place. (2) First Floor Continuity. Our proposal respectfully adapts to the existing terrain which makes its way into the building. This considerate approach ensures an eco-friendly coexistence with the Arts Village and Bukhansan National Park. In addition, securing the continuity of the first floor level and the activity it will foster provides the museum with a vibrant public, common space. (3) Symbolic crowning of the city. The core museum program spaces float above the public plaza. The expressive formal resolution of the museum’s roofline is evocative of the traditional Korean use of curved beams or girders to support roof structures. The resulting suggestive roofline creates a horizontal marker that crowns the city and establish a new identifiable and iconic presence within the neighborhood, the city and the park. 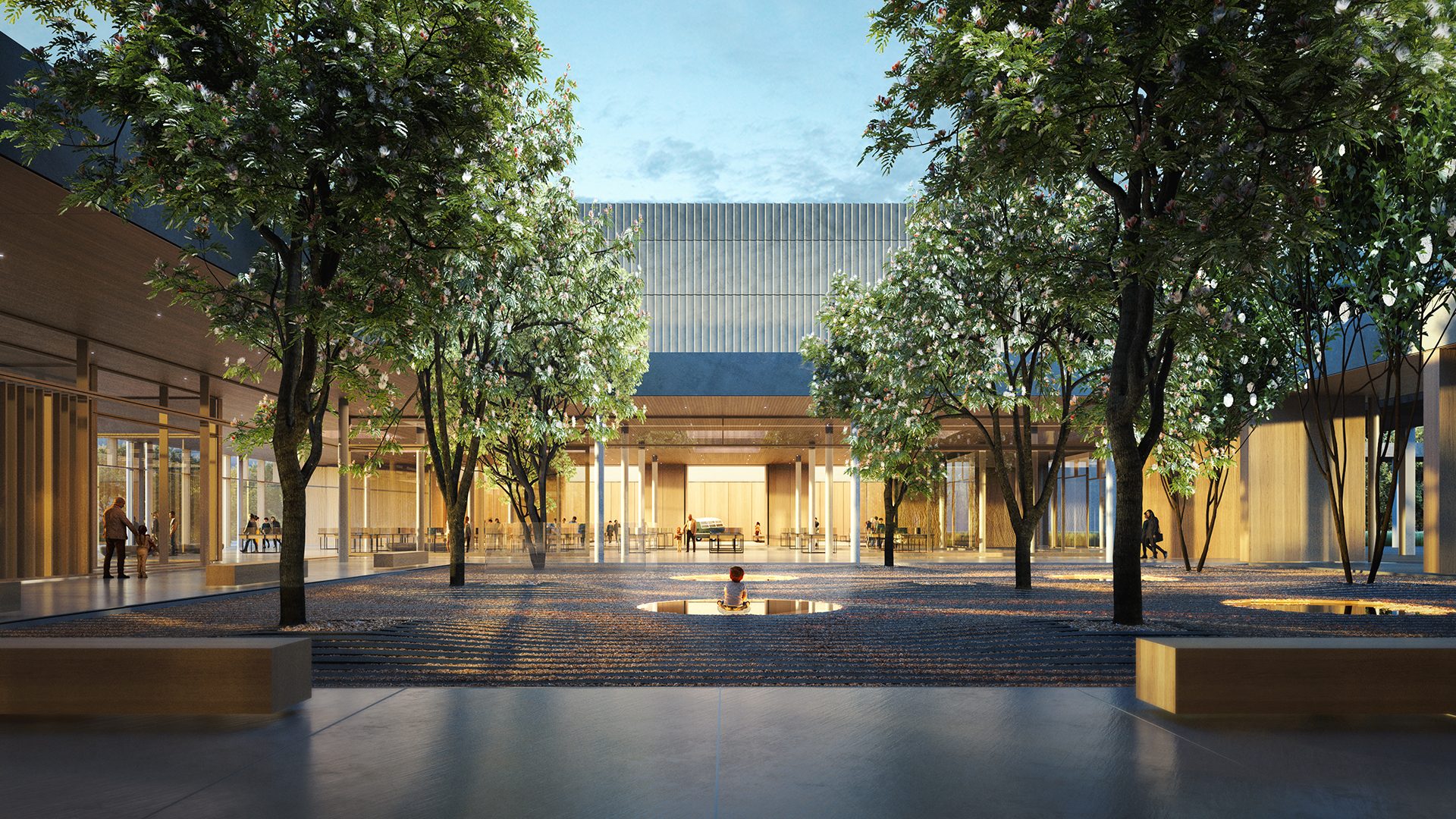 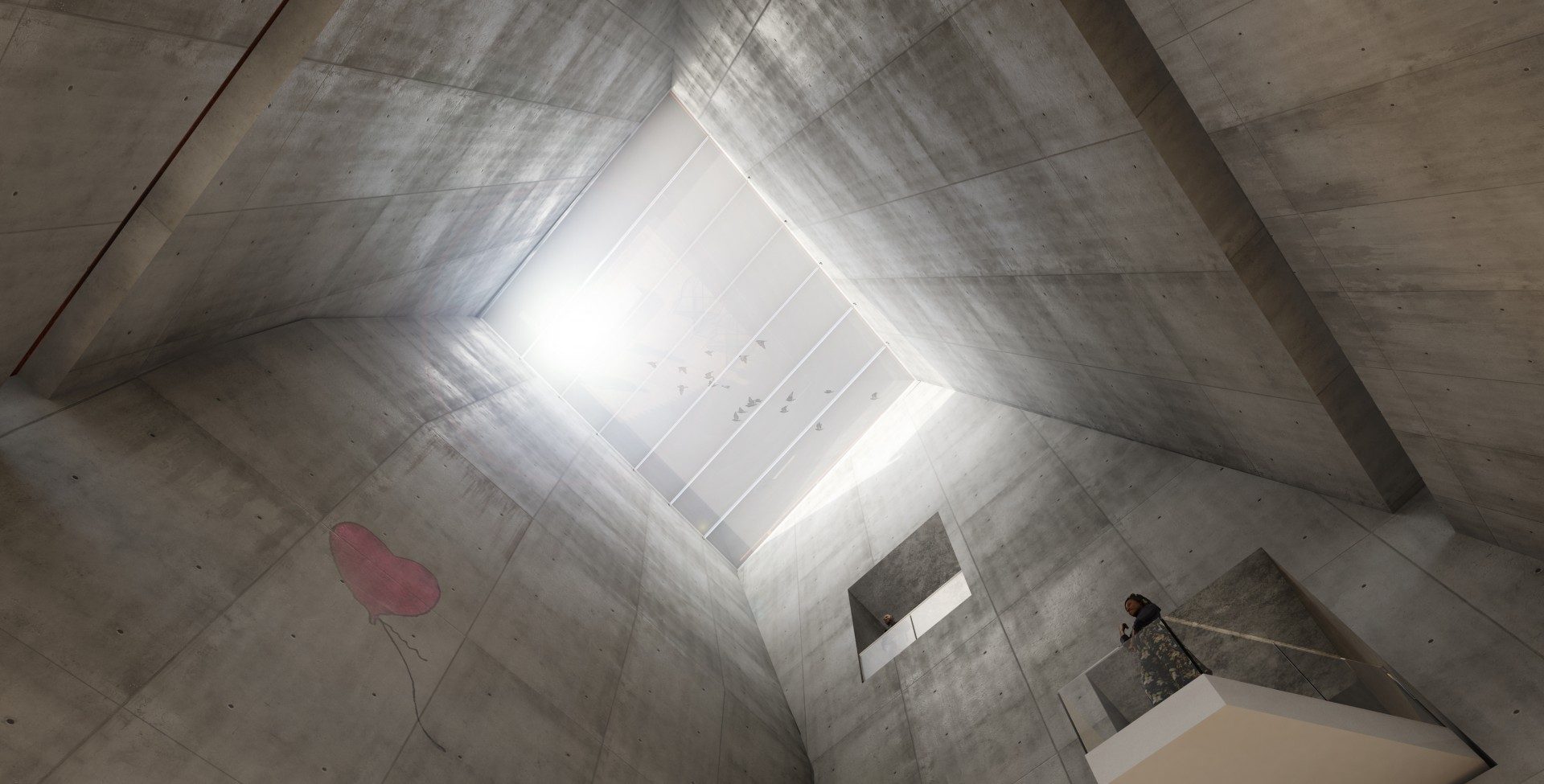