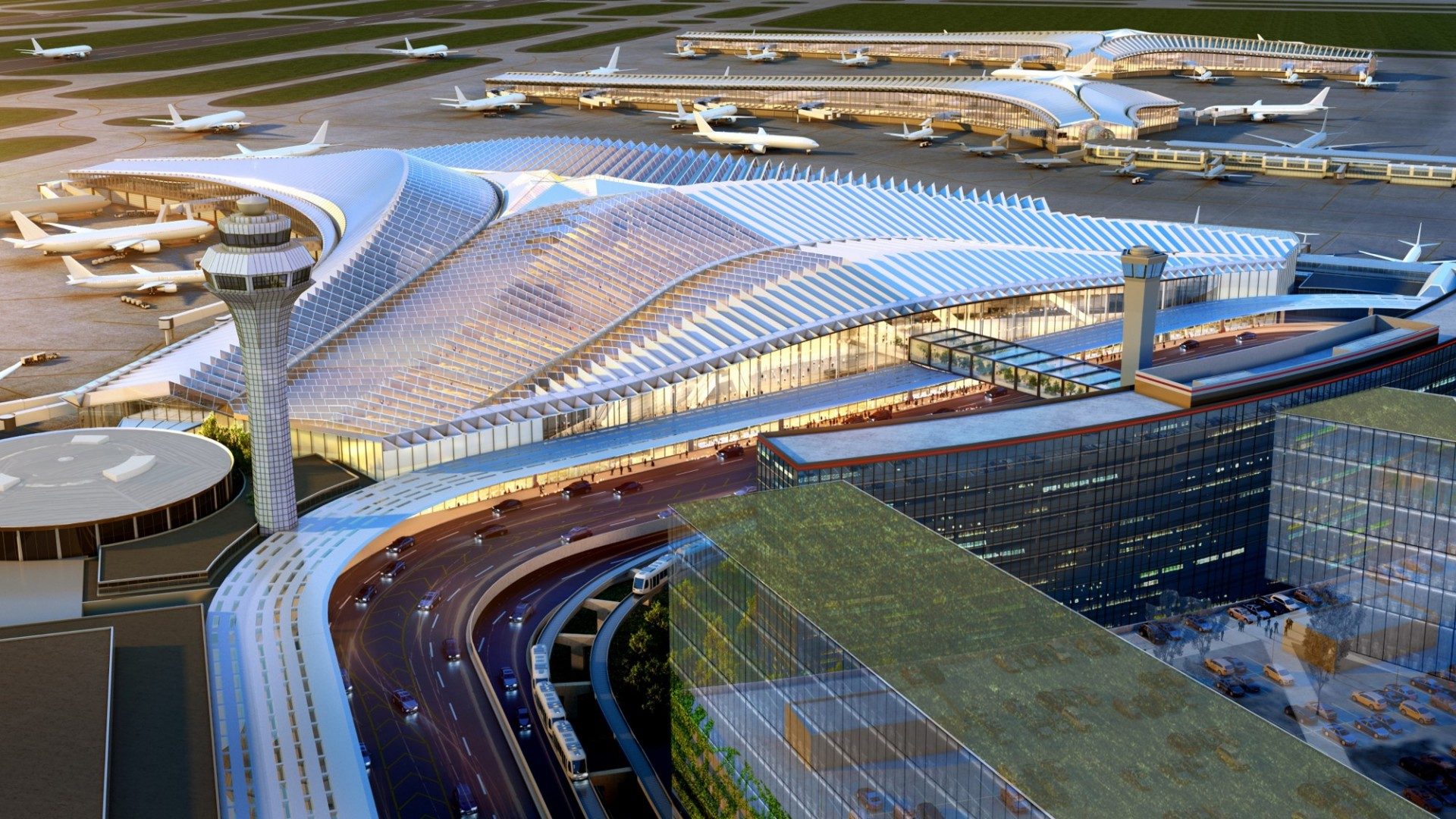 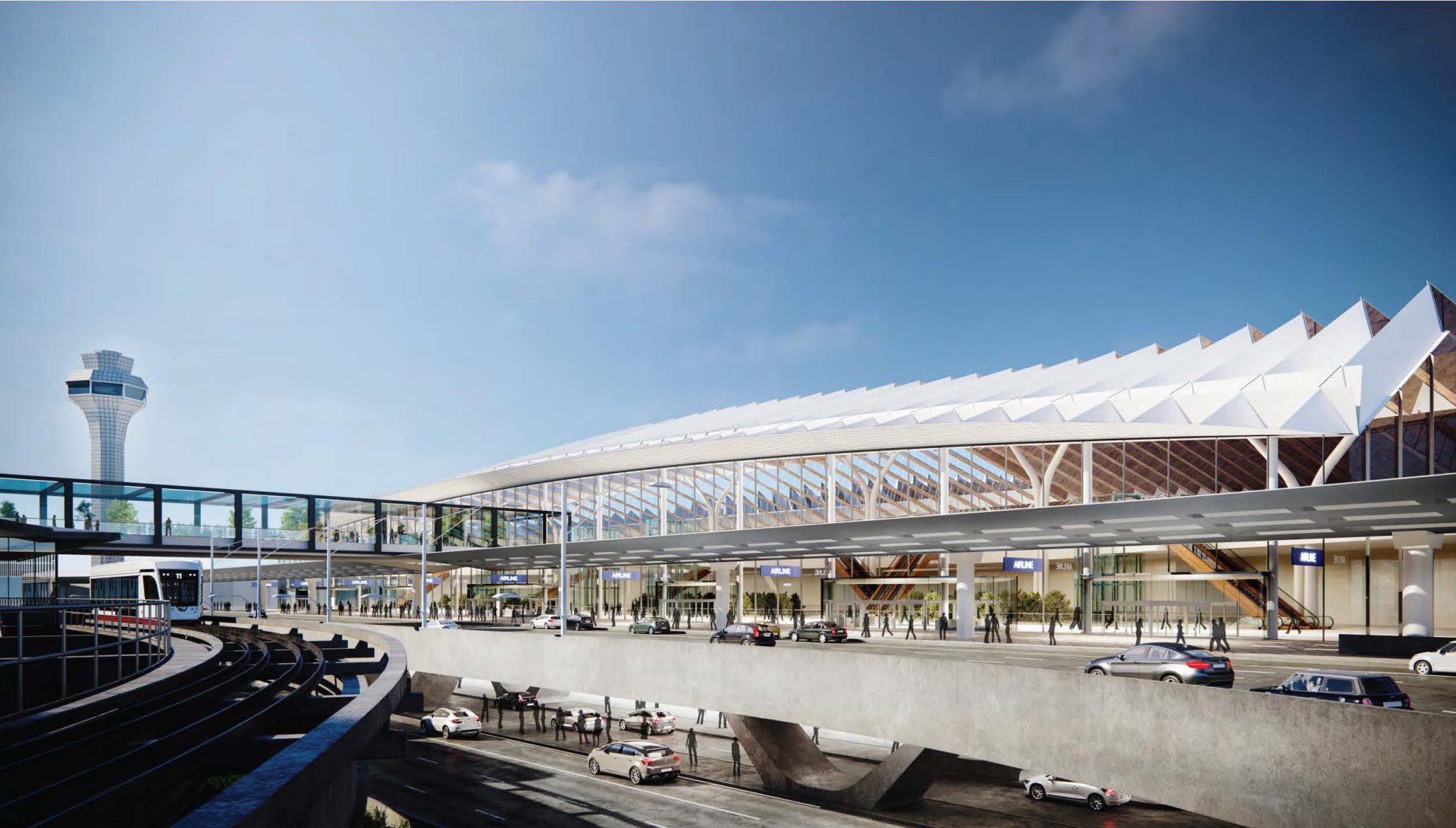 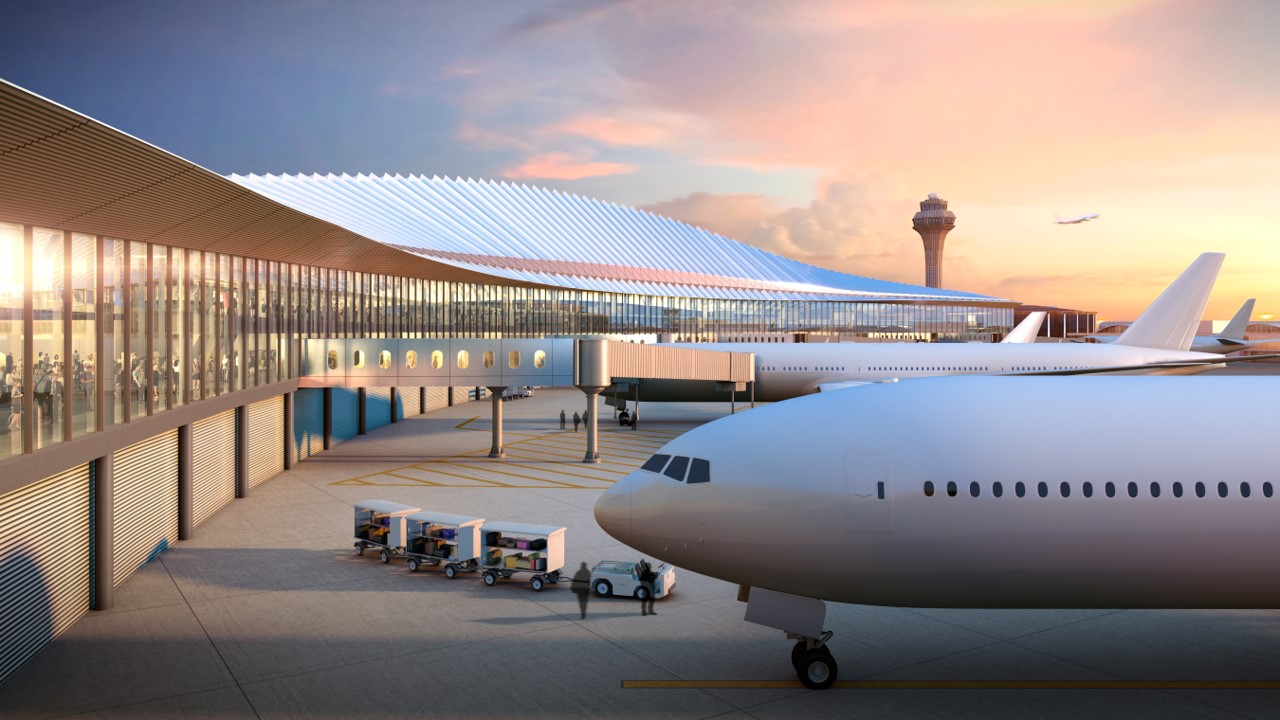 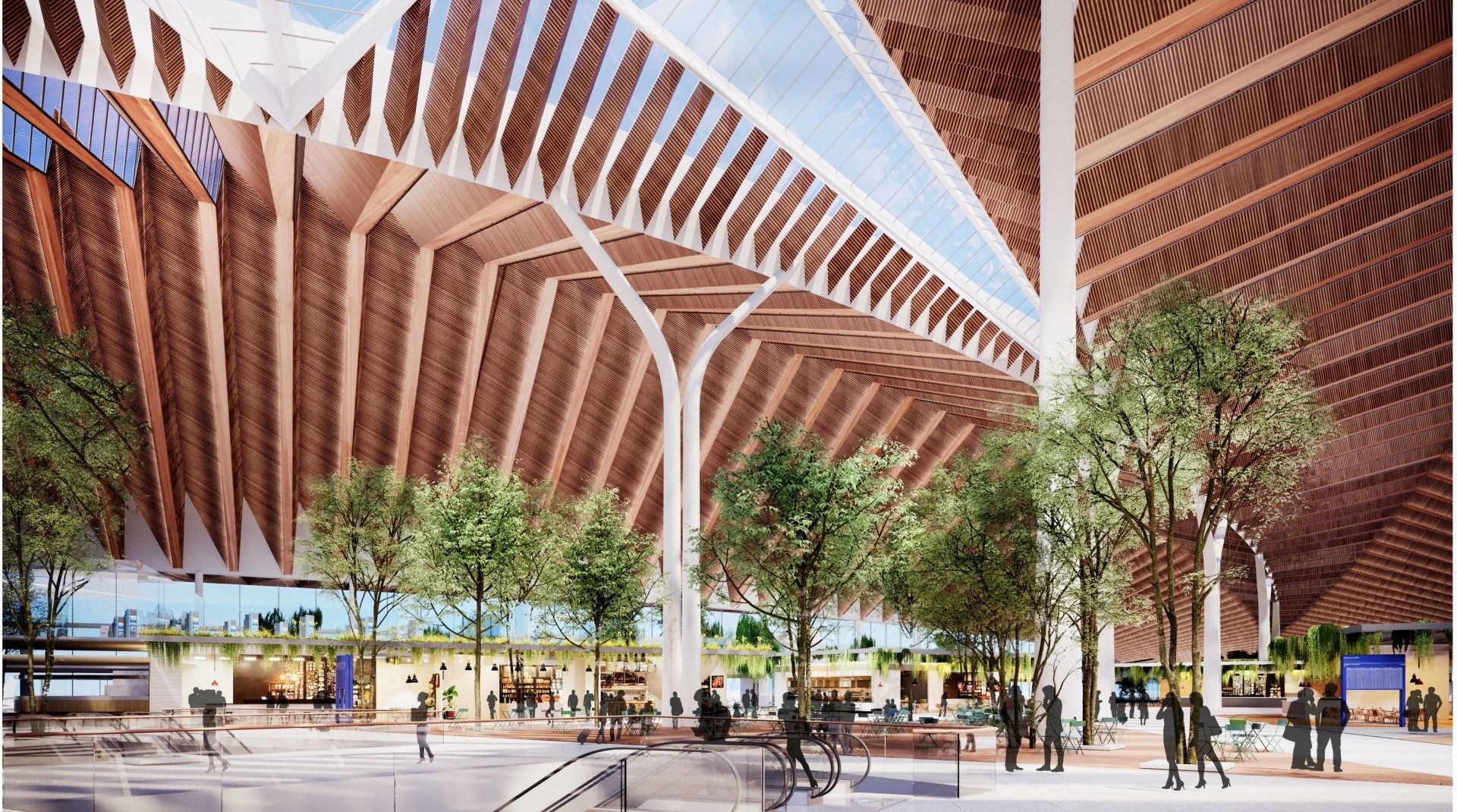 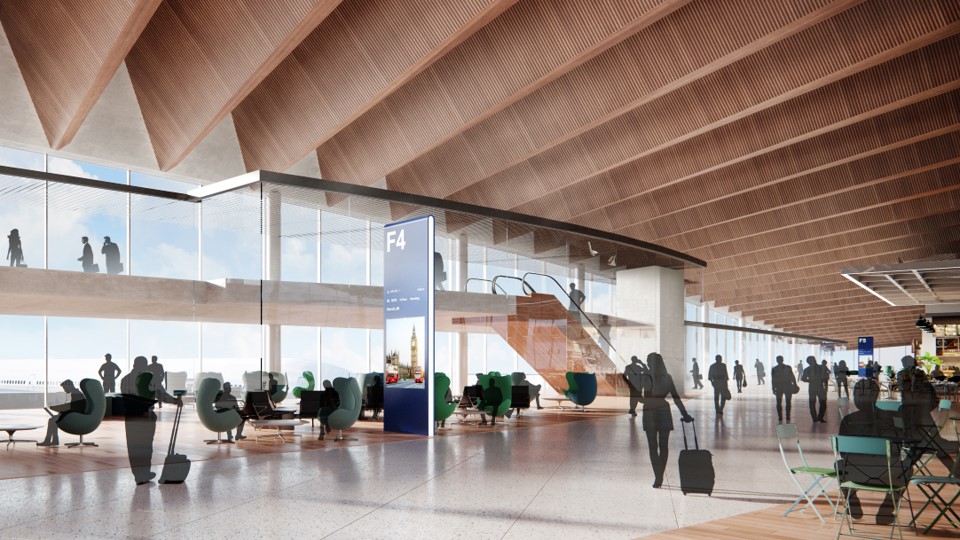 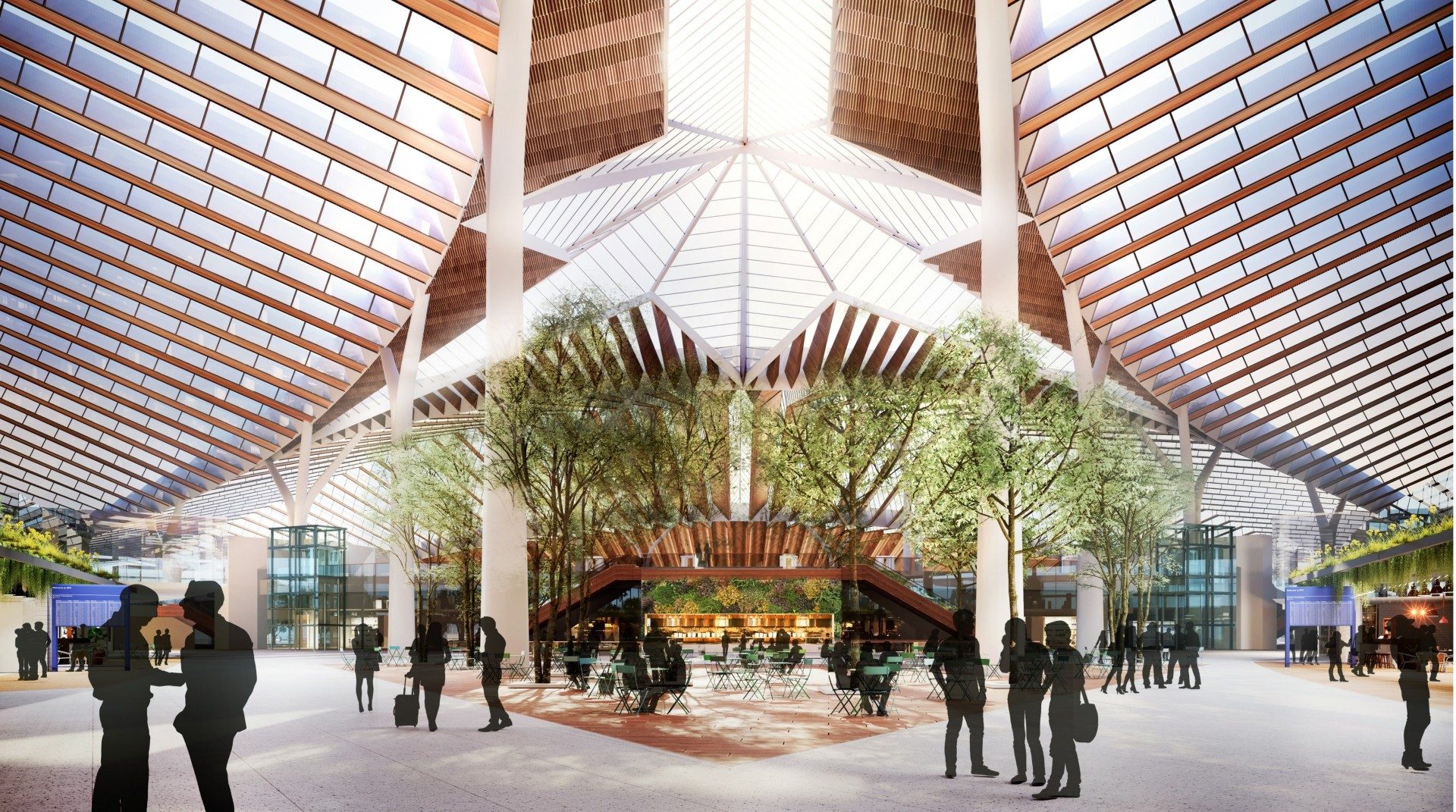 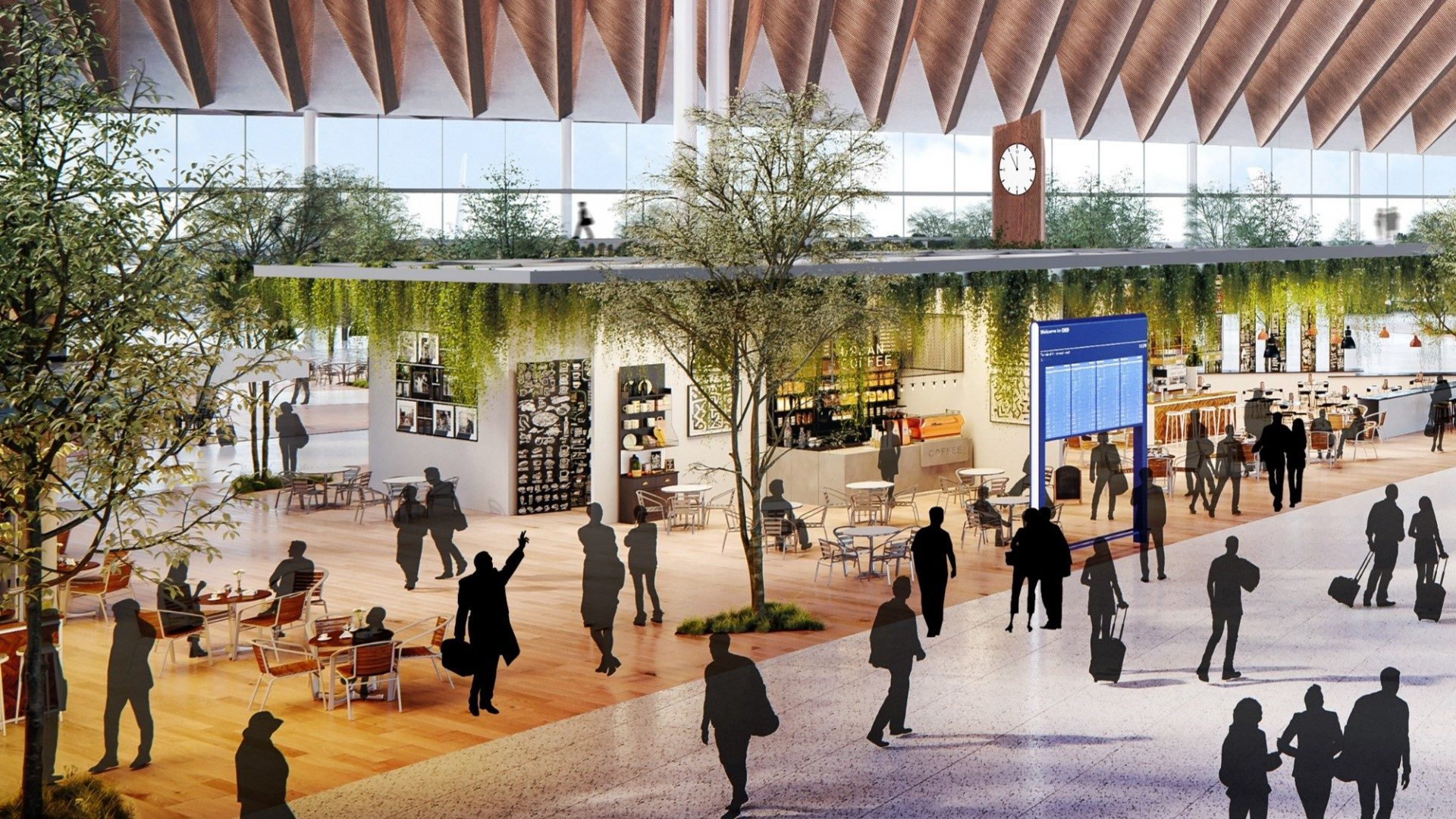 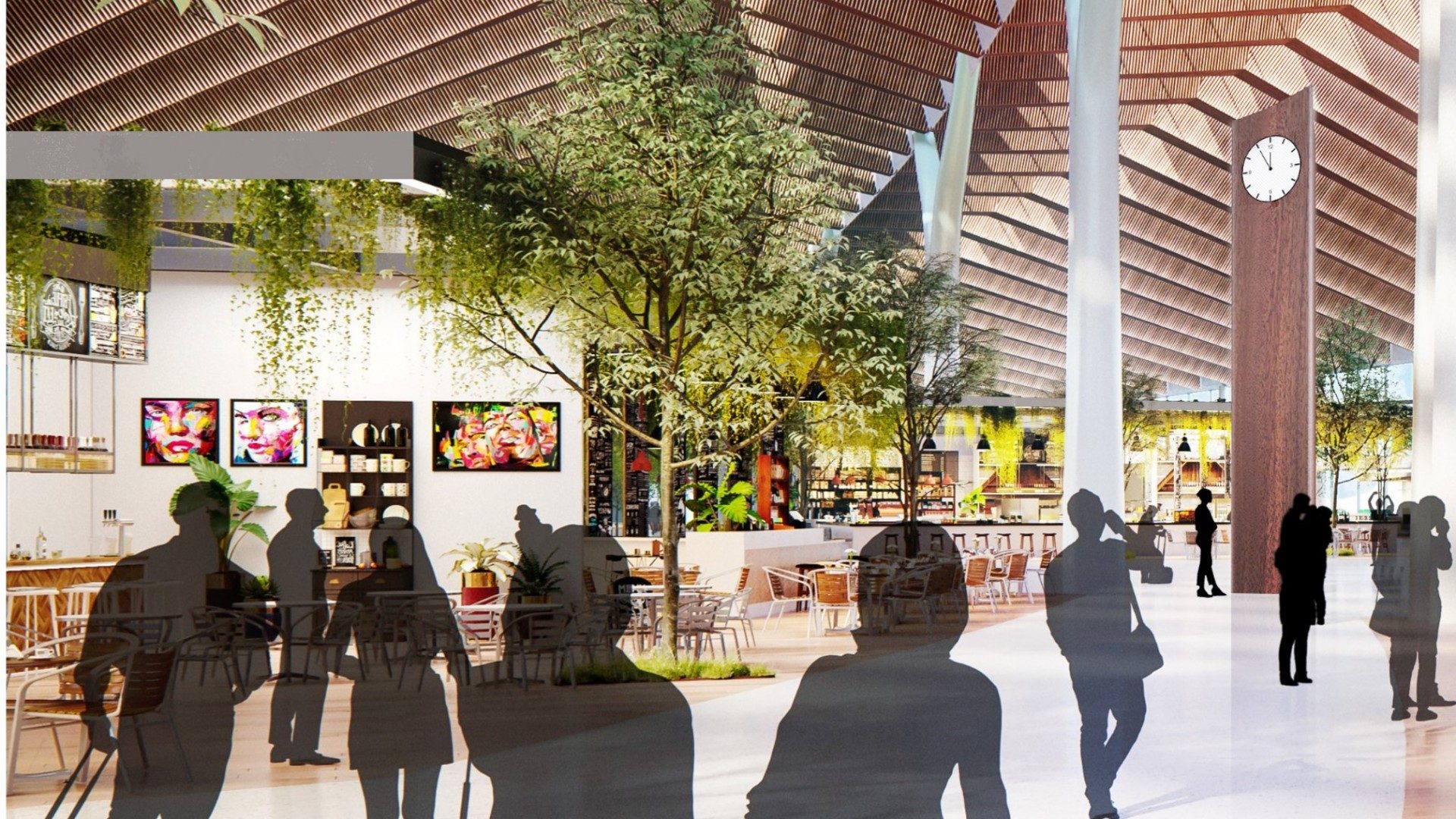 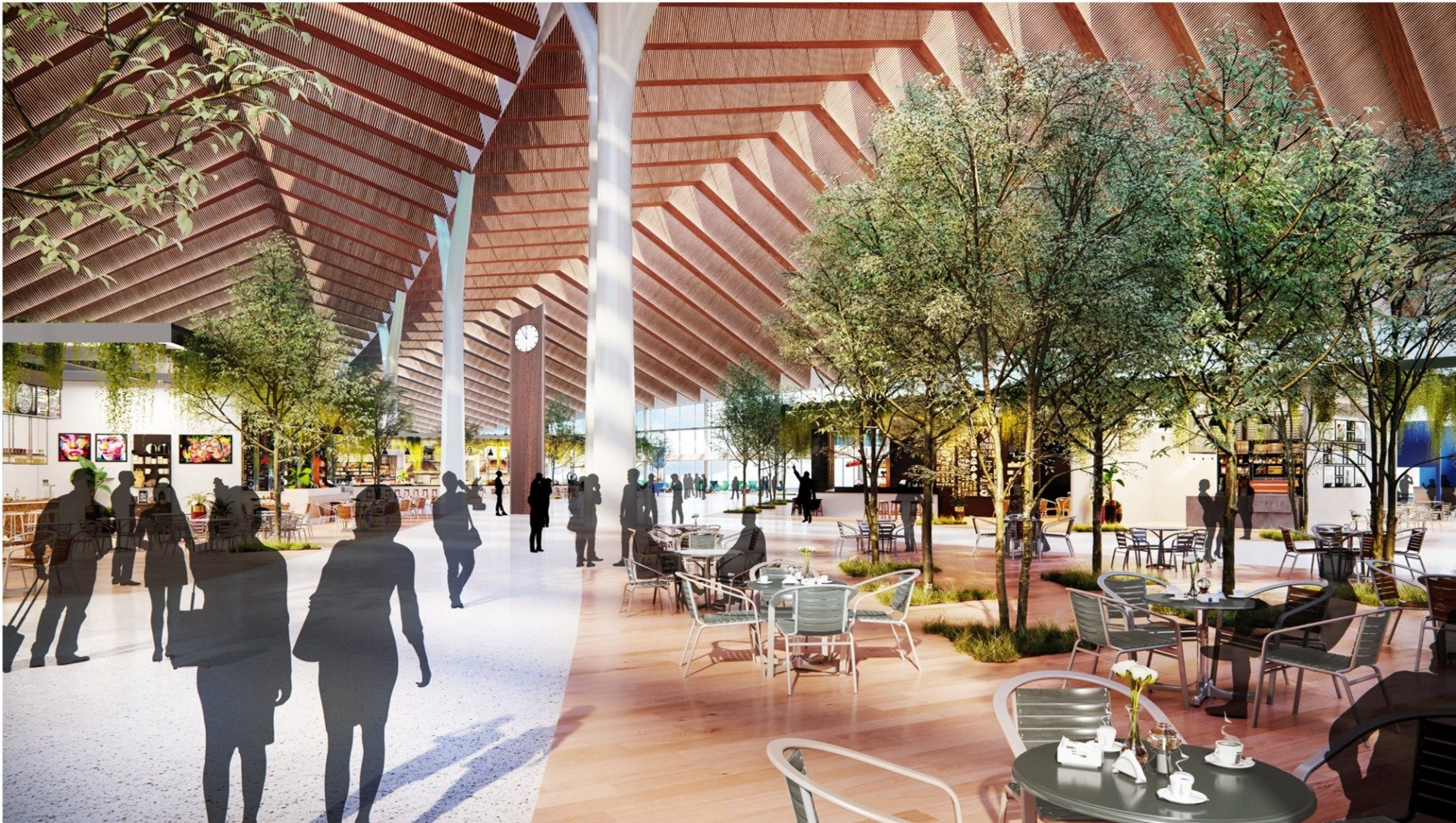 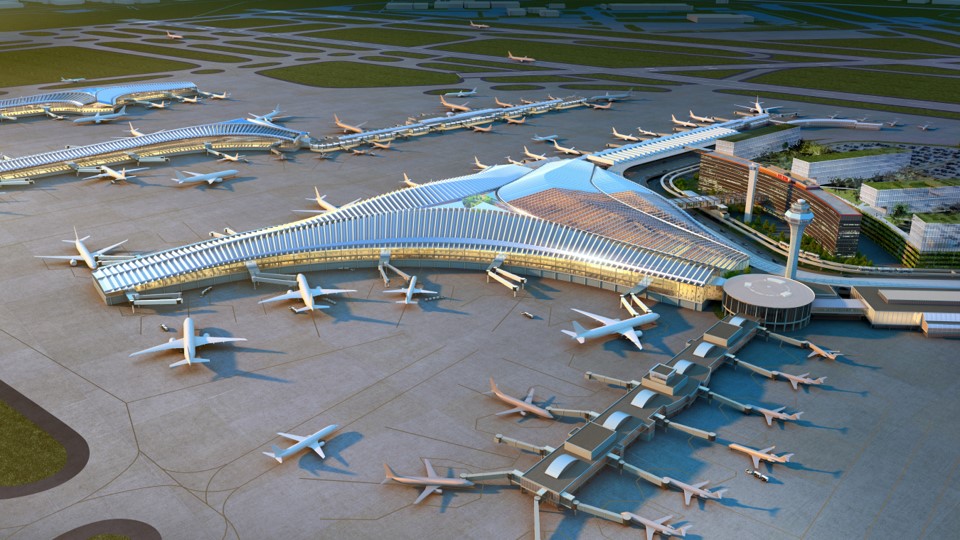 O’Hare Global Terminal and Concourse O’Hare Global Terminal, designed by Jeanne Gang, will be realized by the joint venture of Studio Gang, Solomon Cordwell Buenz, Corgan, Milhouse Engineering & Construction, Inc., and STLarchitects. The integrated team won an international architectural competition for the new terminal, which will replace the existing terminal 2 and will connect domestic flights non-stop to destinations around the world from under one roof. The team, which is based in Chicago and combines the City’s exceptional local talent with international aviation expertise, has prioritized creating a terminal that reflects the unique culture, traditions, and diversity of their hometown. Like the confluence of the branching Chicago River, the design’s three volumes converge in a central hub that establishes a vibrant new neighborhood in the heart of O’Hare’s campus. At the center, a dramatic six-pointed glass Oculus, whose geometry references the Chicago flag, frames a vibrant new neighborhood that unfolds inside the terminal around an expansive Central Green.