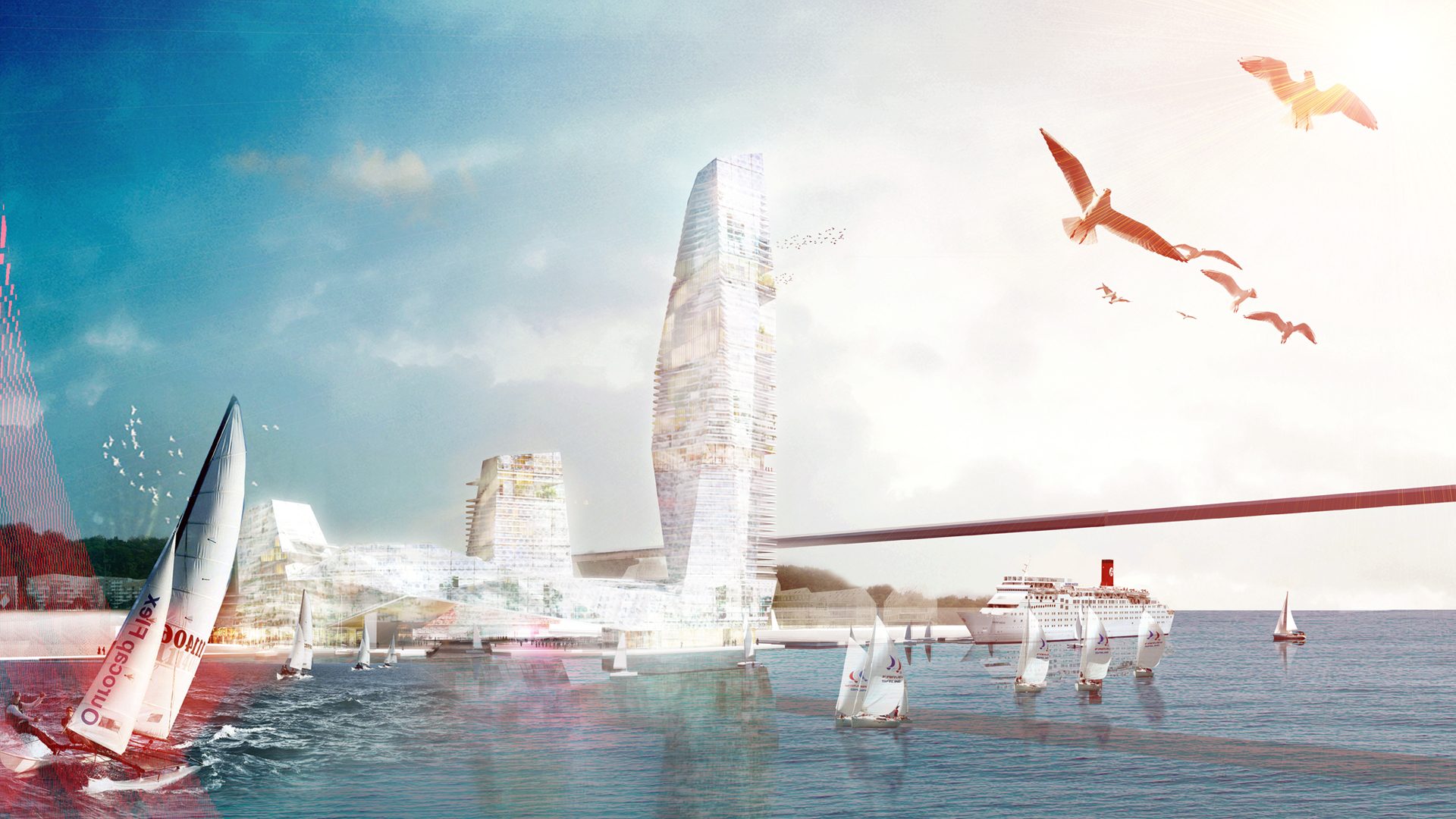 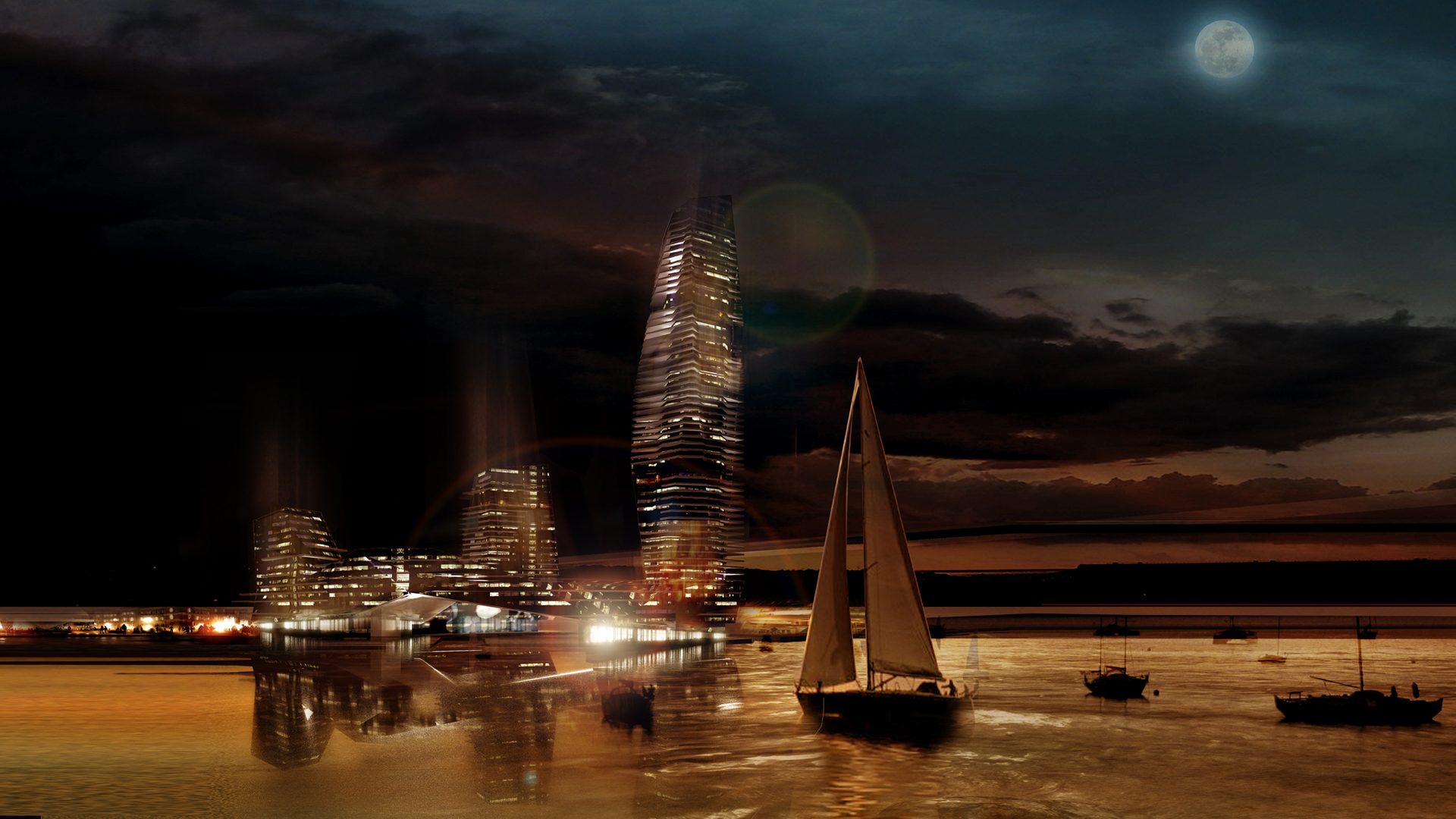 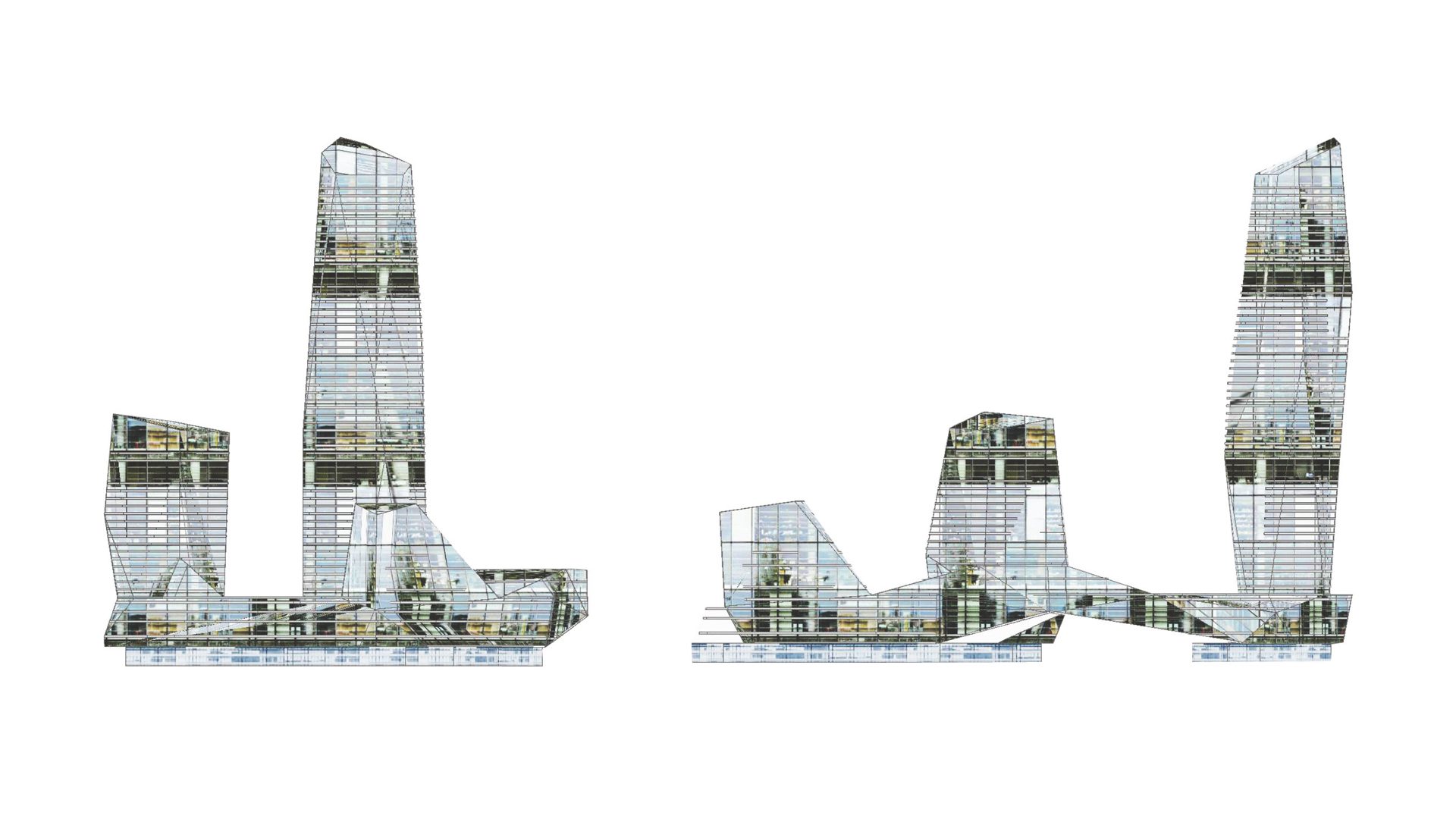 Mauritius Development This ambitious entertainment, mixed used development is located in the capital of the Island of Mauritius at the entry to True Fanfaron Harbour. The project program included residential units, a five star hotel, a casino, a yacht club and a high end commercial shopping mall as well as smaller boutique shops. The complex is inspired by the dramatic, abrupt mountainous landscape which surrounds Port Louis. The buildings have been shaped as large carved rocks creating a man made feature that will establish a dialogue with the environment in poetic deference to the rocky peaks that encircle the island’s capital. The project features a 60 story, programmatic hybrid building that provides the desired identity to the development and acts as a virtual lighthouse welcoming visitors and guests. The heart of the project, however, is the internal canal and yacht club which acts as an activity, social hub and is surrounded by the boutique and specialty shops. The project features a double facade exterior wall with bronze mullions which complete translucent photovoltaic panels which are interned to produce twenty percent of the total energy needed to operate the entire development.