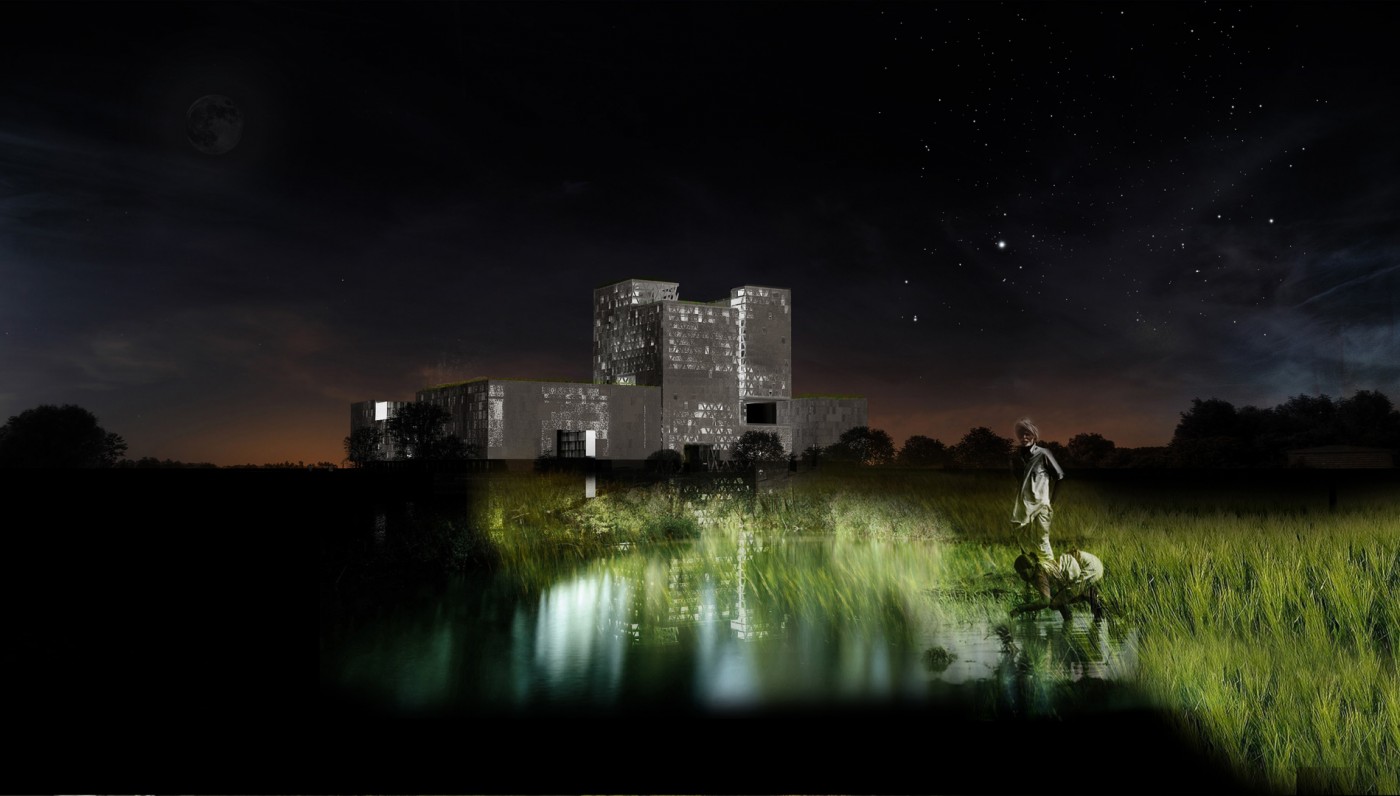 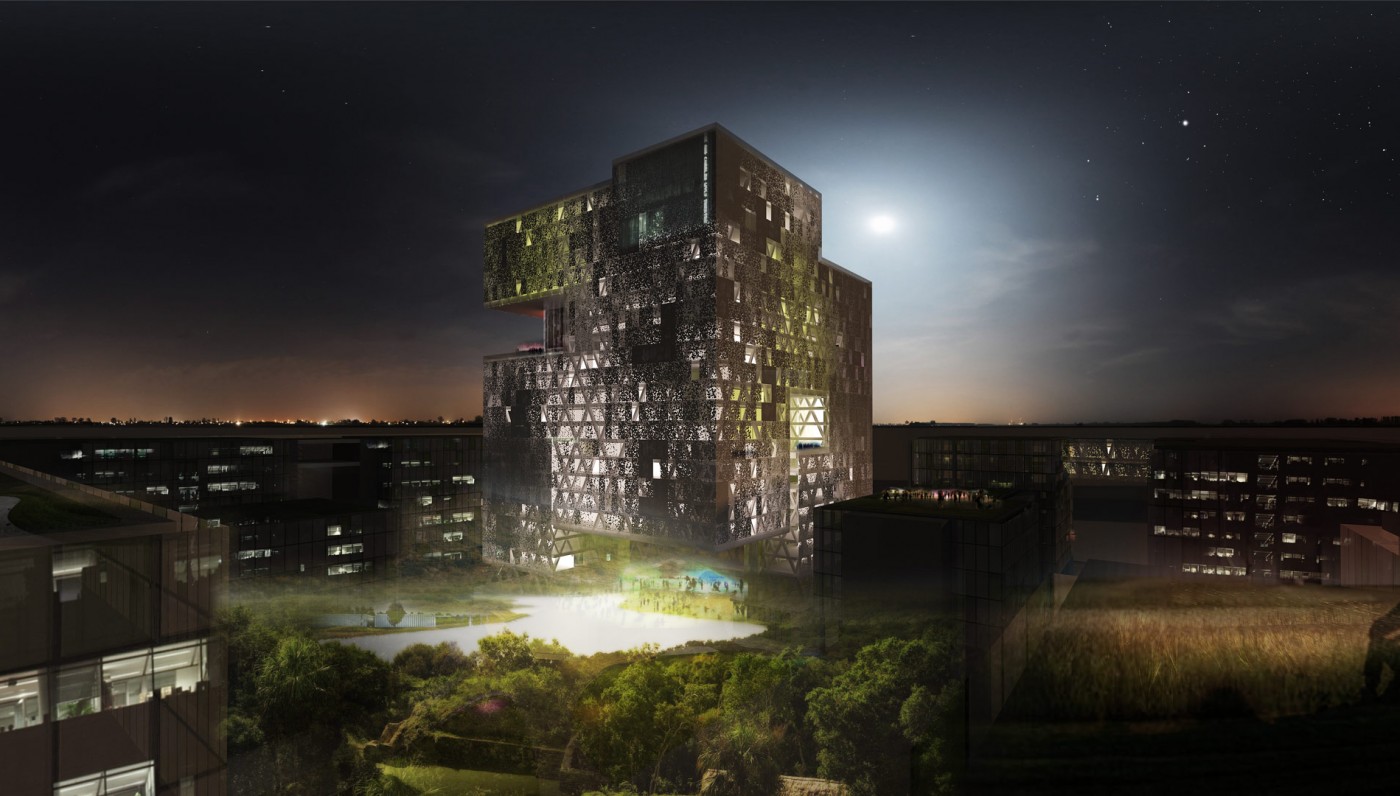 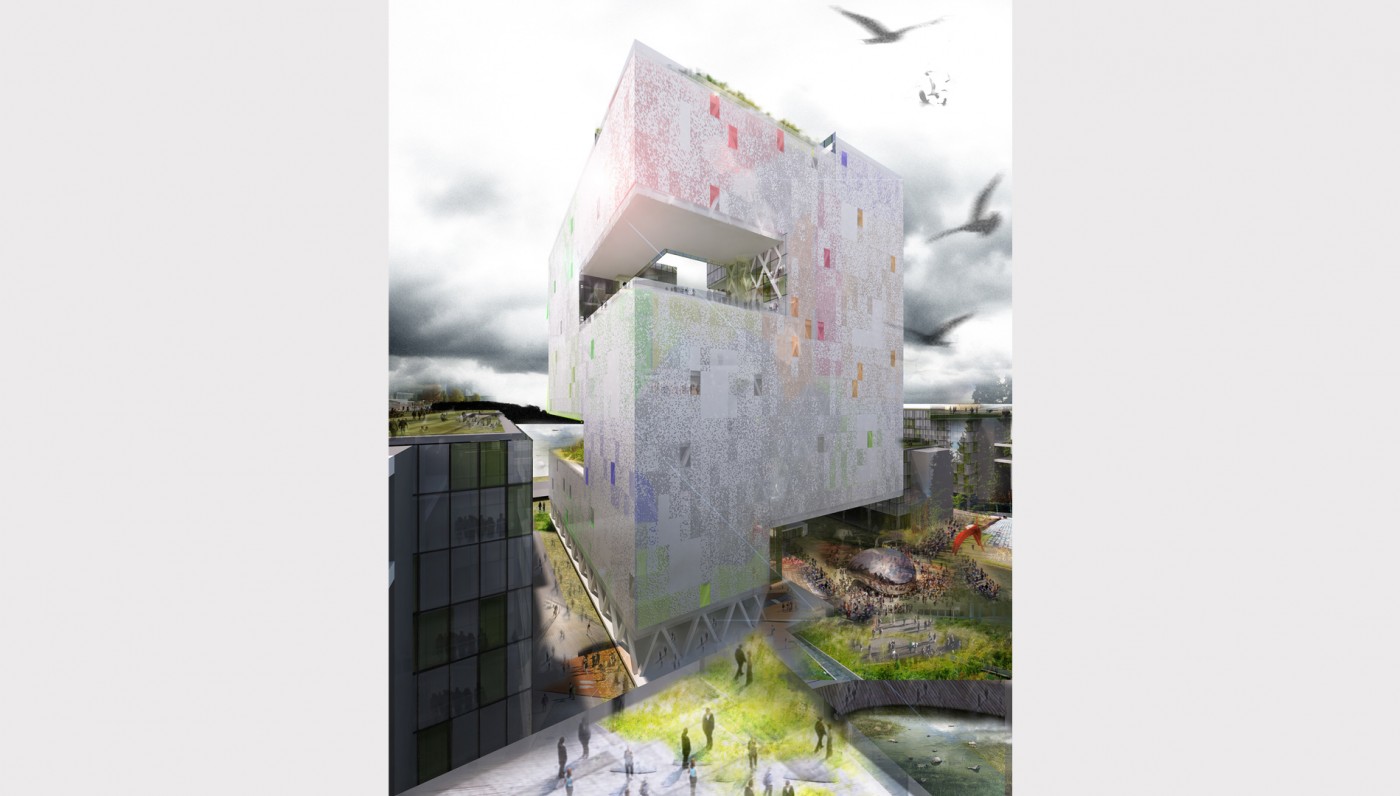 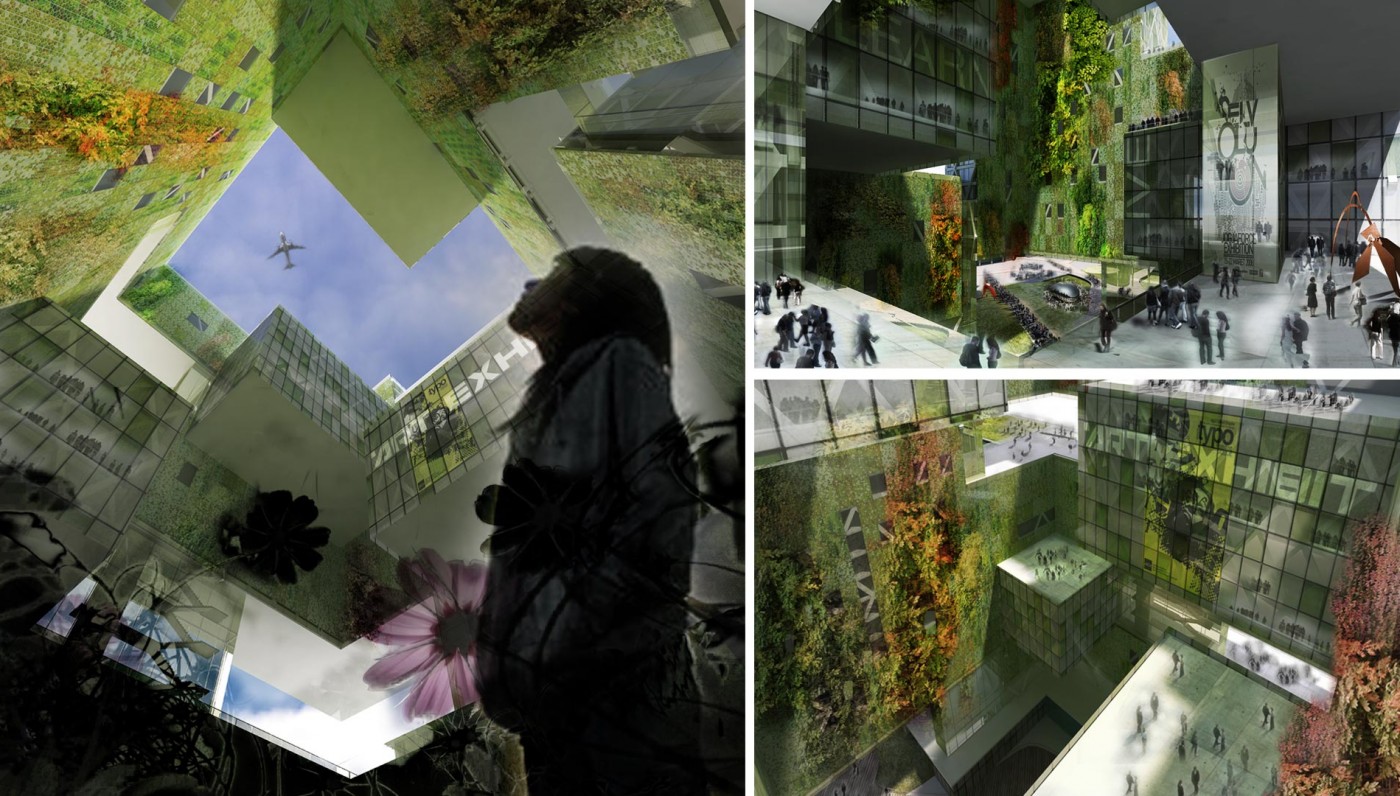 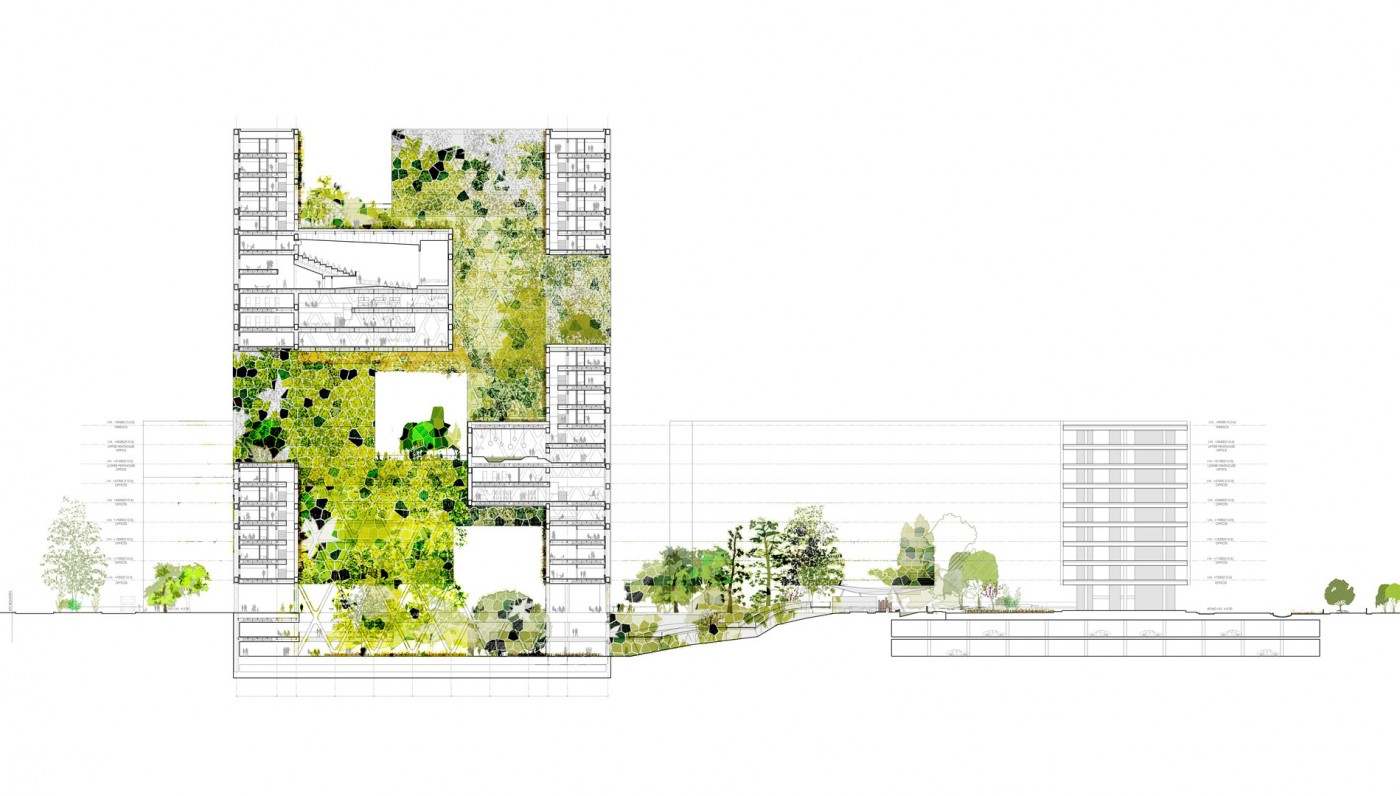 SPIRETEC   Our proposal sets forth the case that India’s architecture will lead a bland global world increasingly devout of purpose. We put forth the idea that India’s spirit of the times, its Zeitgeist, is a balance between the sediment of culture and its destiny for leadership.   We have designed an exterior skin system that visually unifies the entire campus. The system is based on a double layer exterior wall which defi nes a ventilated and articulated cavity. The outer layer is composed of panels with geometric patterns that provide varying degrees of transparency that address views and facade orientation. These panels also provide each facade with a unique identity. Rooted in the geometric patterns of ancient India, these panels act as sheers that sift the sunlight and reveal subtle colors that are based on the chromatic variations of the local textiles.   By concentrating the program into a large volume in the southwest end of the campus, we create a beacon for greater Noida. This volume is composed of a programmatic outer shell that contains the key components of the program: hotel, residences, commercial and cultural spaces. Contained within this programmatic shell lays a new experience that becomes an internal 24-7 activity center. This inner space is the heart of the Project, functioning both as a civic center for the New Spiritec Campus and as a green lung for the complex by lining the interior with a lush vertical garden stretching 20 stories high. The vertical living wall garden incorporates a variety of drought tolerant plants, including fl oral and herbaceous species as well as ivy and ferns. 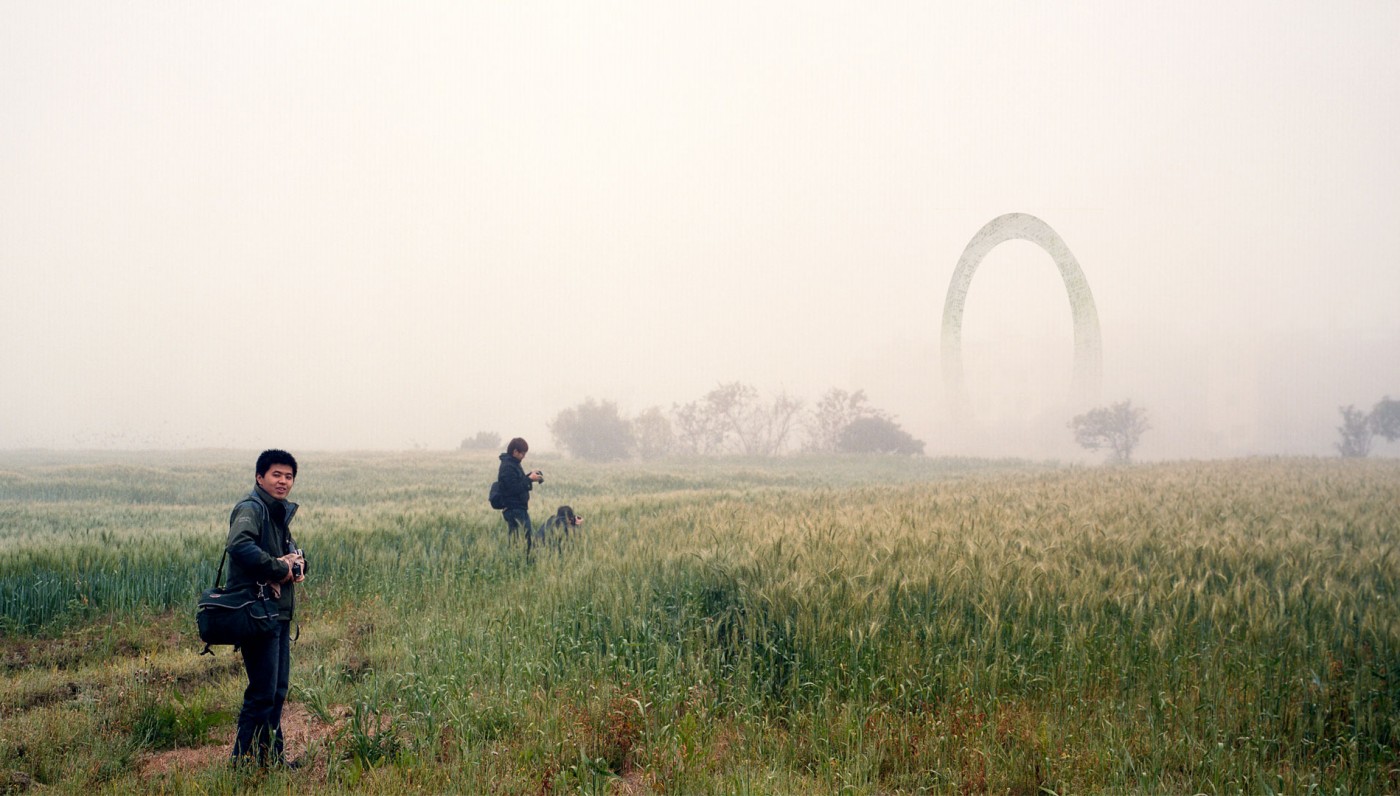 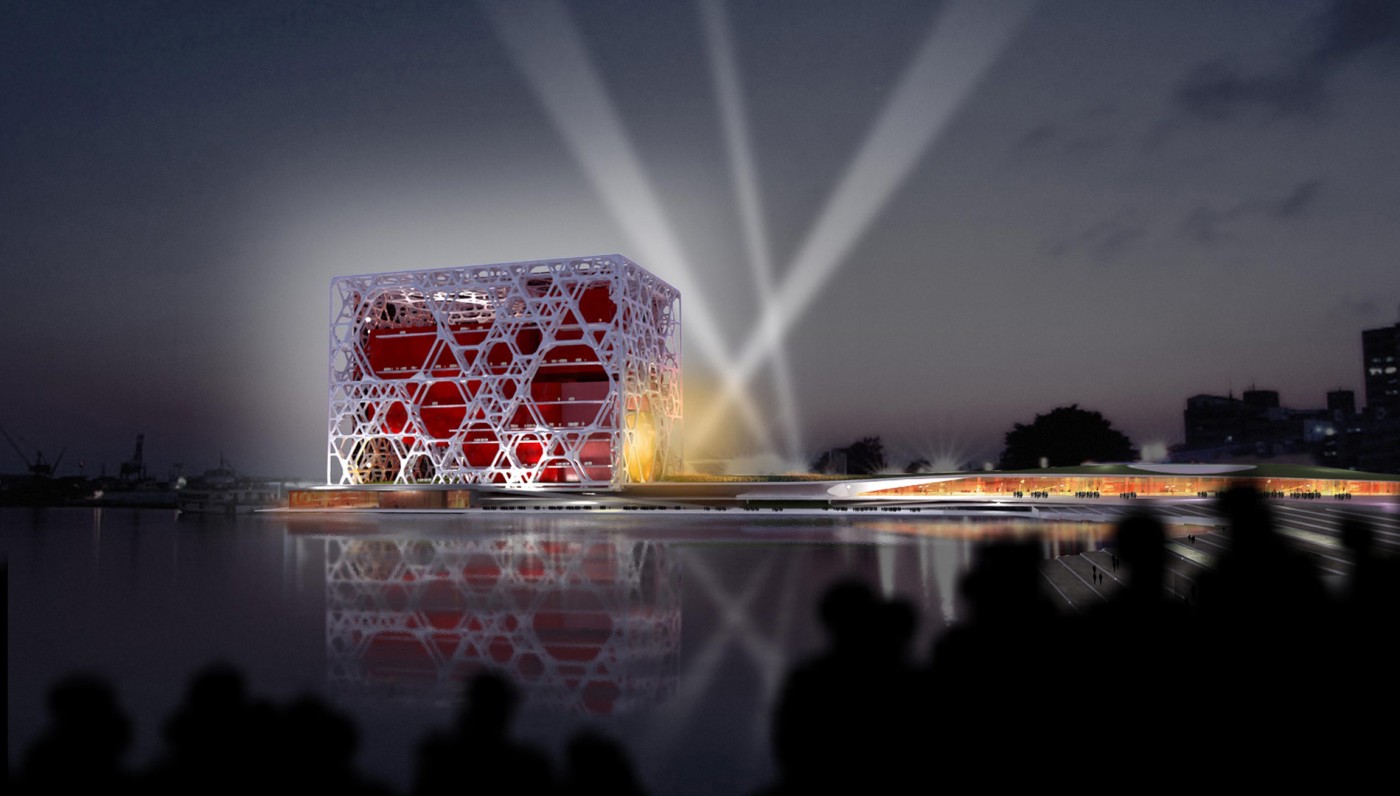 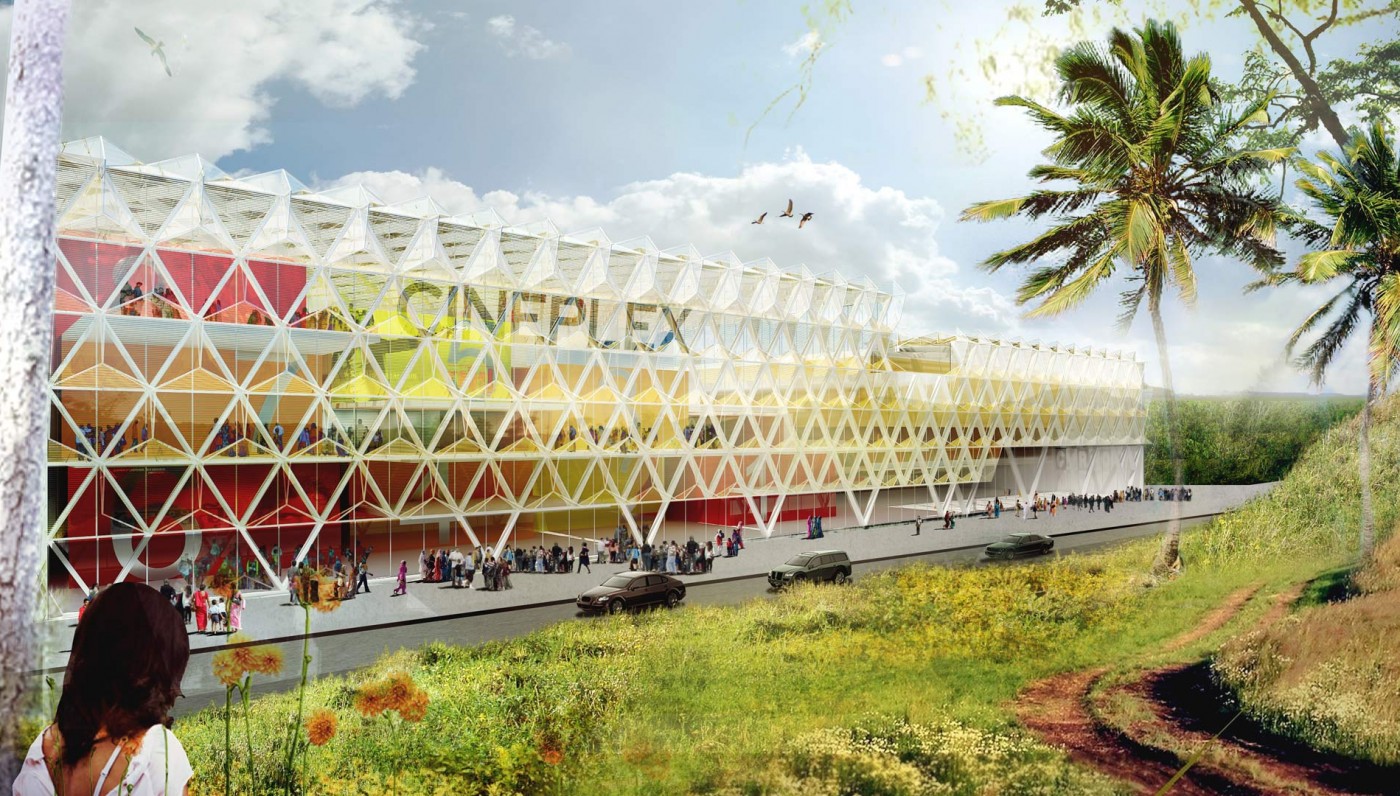