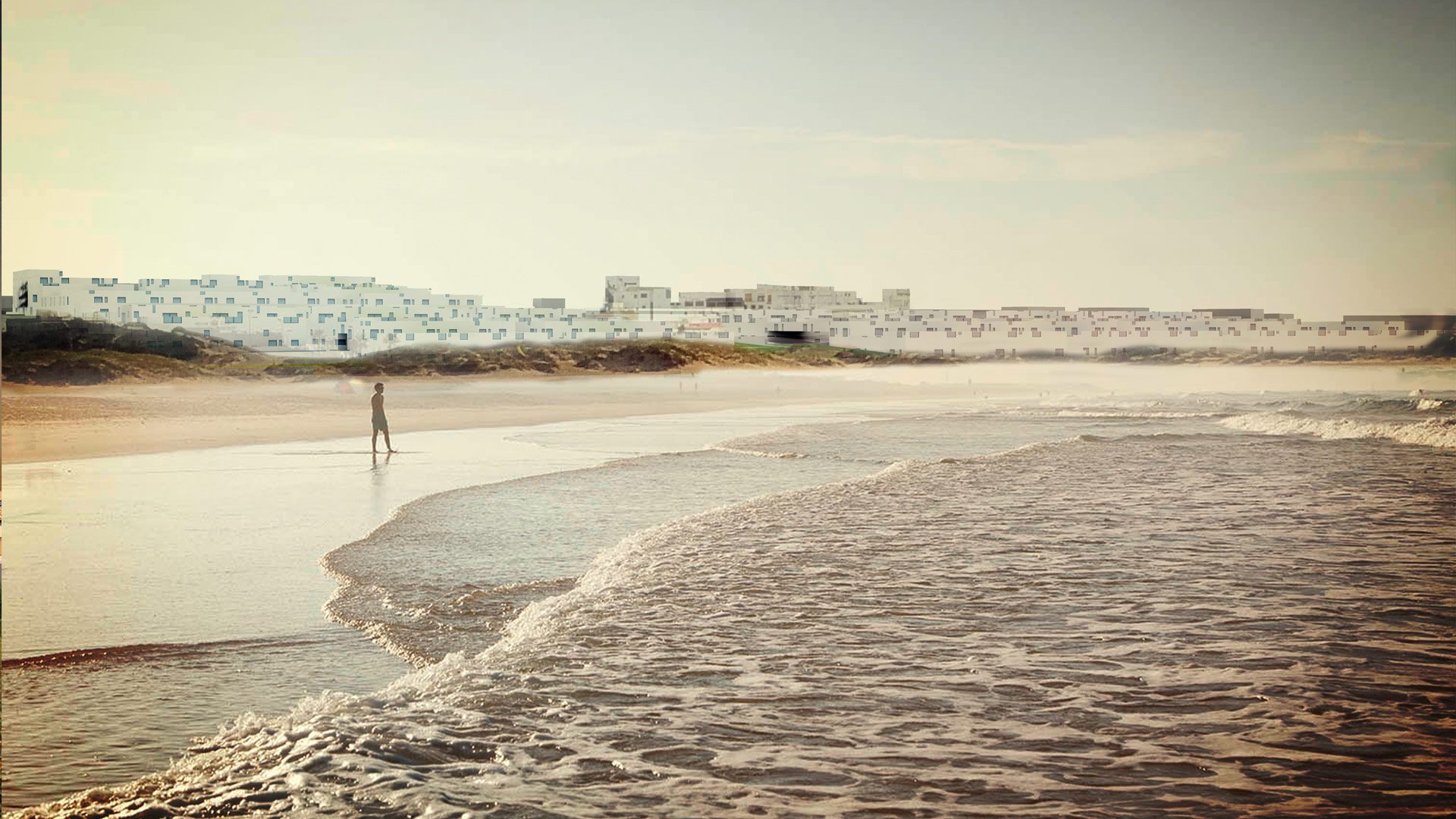 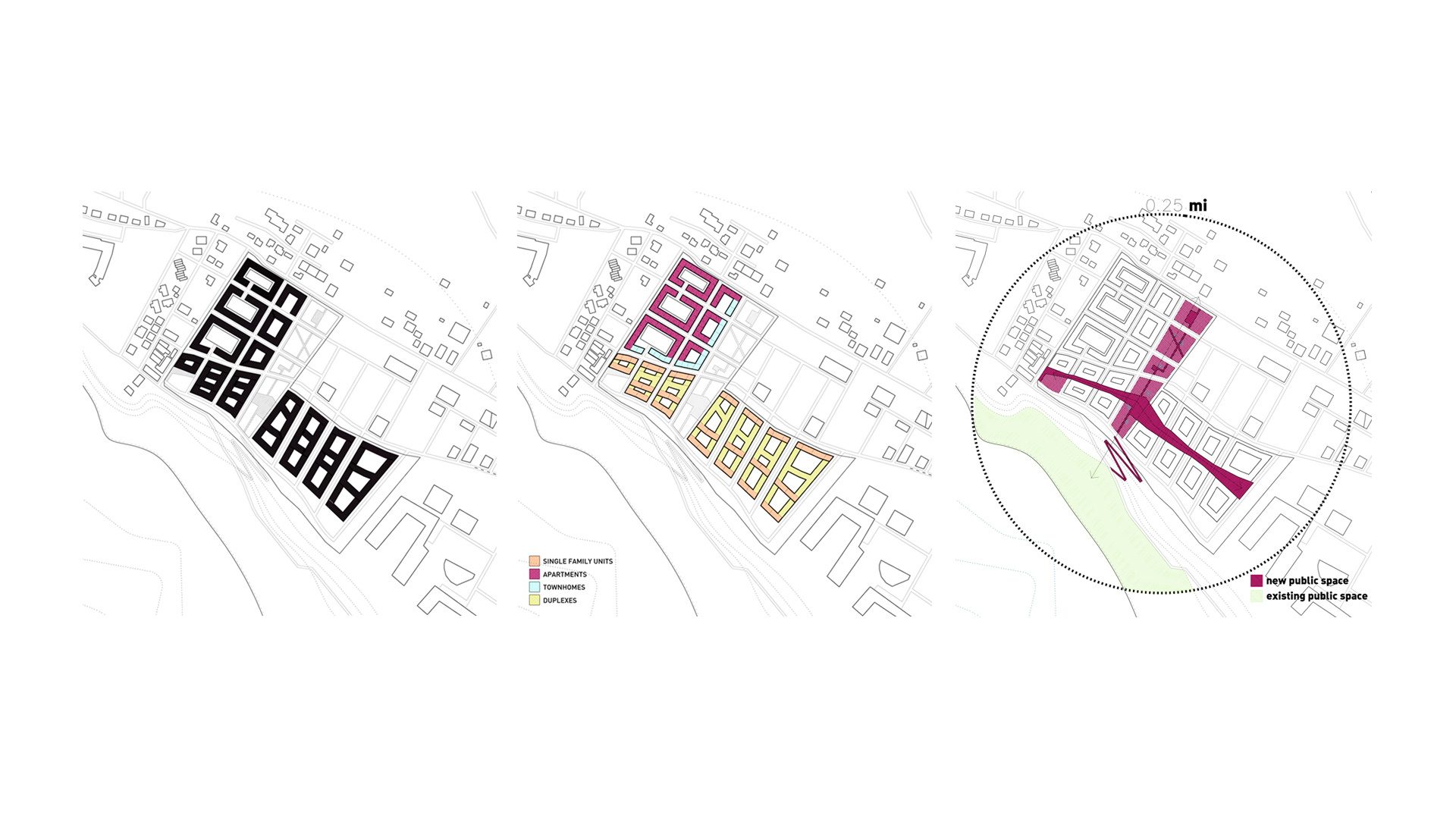 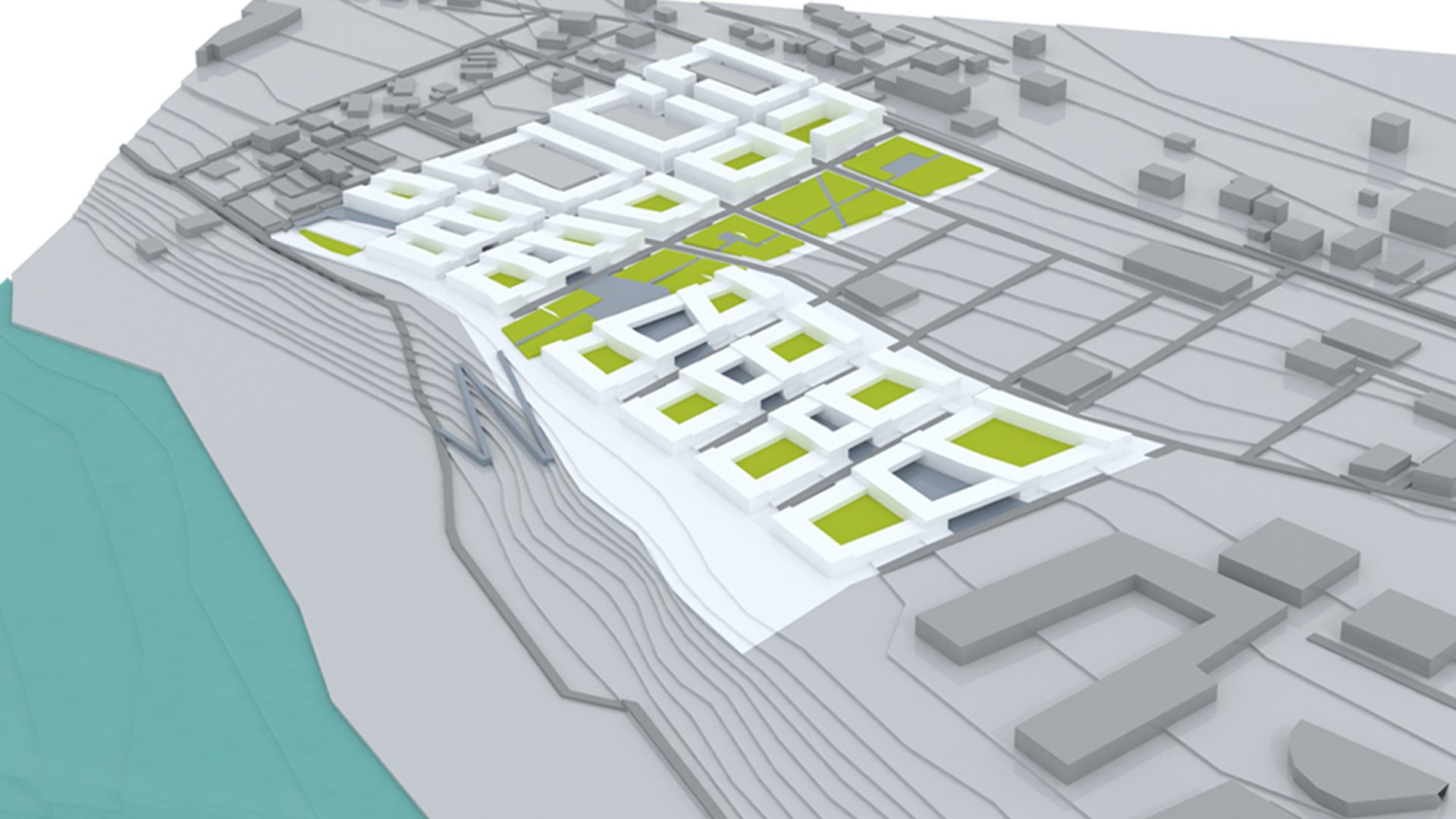 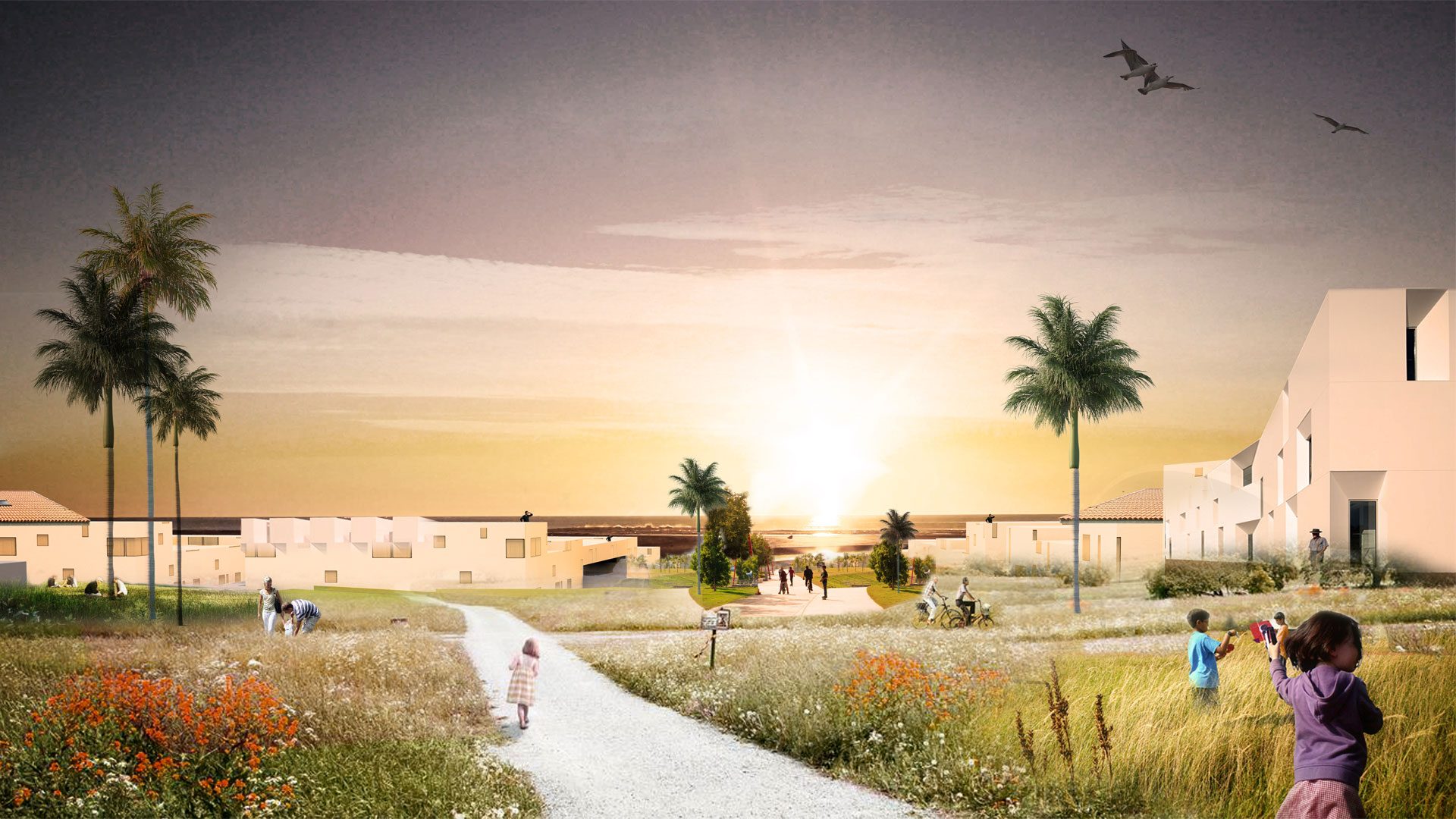 Conil Development The project is a medium density neighborhood development in an undeveloped area on the outskirts of Conil de la Frontera. Located on the Atlantic coast in the southern part of Spain, Conil has a population of 22,000 inhabitants. In the last 20 years the town has become a major touristic destination in the area. This has caused the development hotels and apartment buildings next to the beach on the outer edge of the city. This has created new urban areas without diversity, low density and lack of good public transportation network.
The project is inserted in between some of these new tourist developments. The goal for the project is to create a self- sustained neighborhood that attracts permanent residents by providing enough density, multiple typologies and access to diverse uses. By doing this, residents can get all they need within walking distance therefore reducing the need of a car to reach the city center of Conil. The project is organized along streets parallel to the beach which provide access to retail. A public park and plaza connect all these streets and provide pedestrian access to the beach in the south. Taking advantage of the natural slope of the site as well as placing the higher density buildings to the north, away from the beach, preferential views are achieved throughout the project. 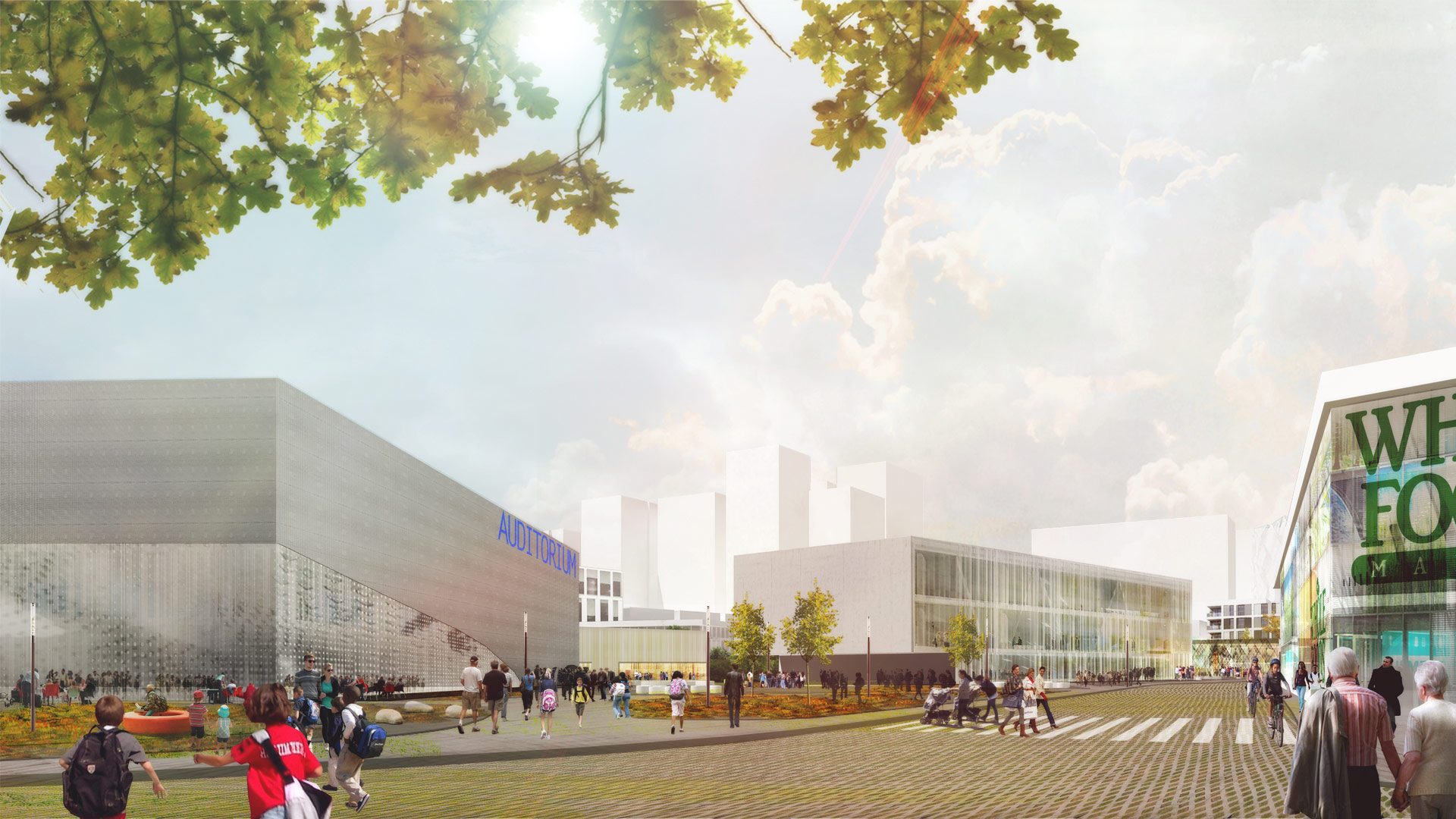 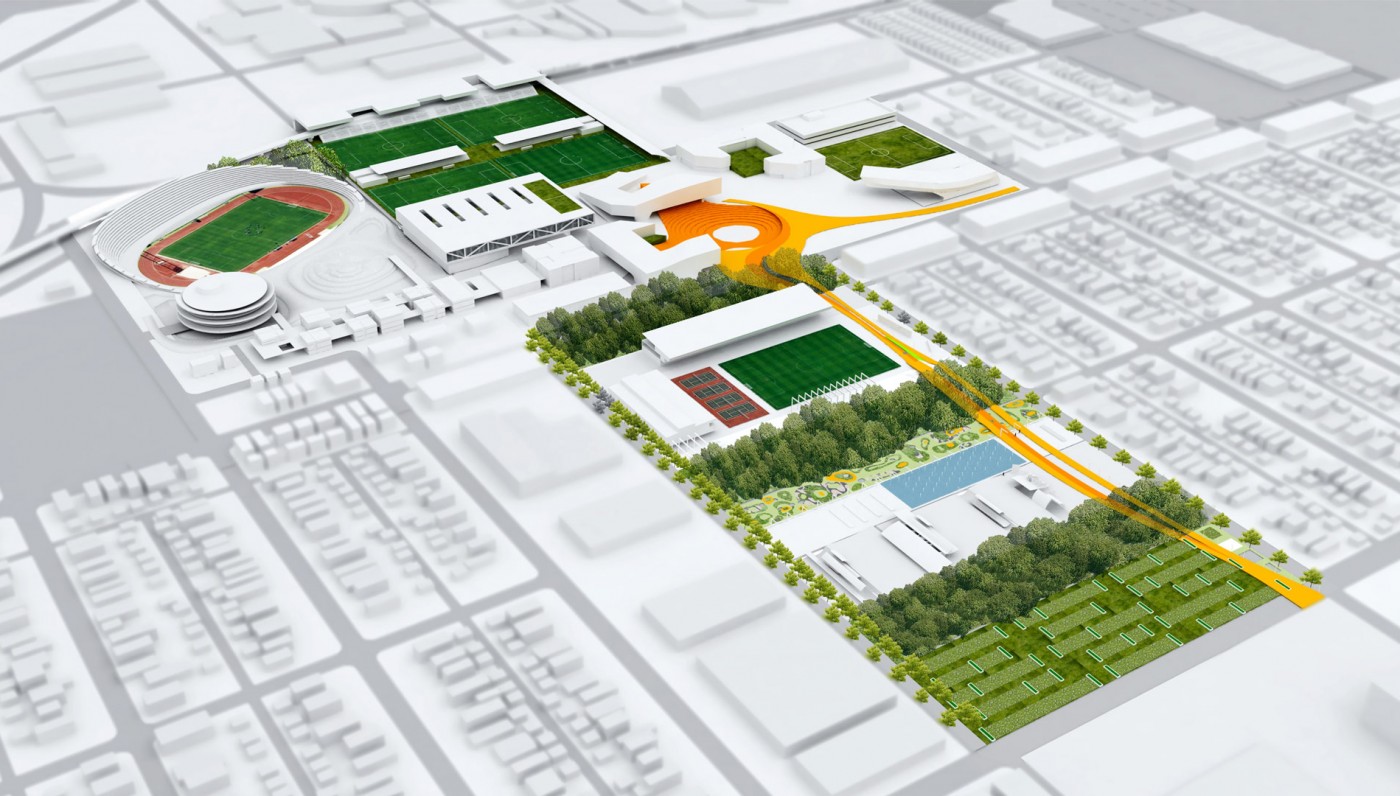